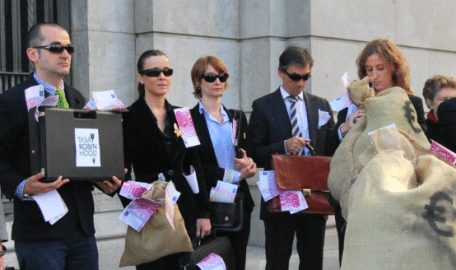 Last week, along with 300 European organizations, we sent a letter to President Mariano Rajoy asking that Spain supports a broad-based implementation of this tax (shares, derivatives, bonds) in order to truly reduce financial speculation and raise enough revenue.

However, according to El País, it seems like the Spanish government wants to limit the implementation of the tax only to the shares of large companies present on the stock market. This position would significantly reduce its revenue-generating capacity: if only shares are taxed the FTT would generate, according to Oxfam, a maximum of 4.42 billion Euros instead of the 34 billion Euros that the European Commission calculates. This position also would mean that the Spanish government has yielded to pressure from the financial lobby.

Click here to read the letter that the european civil society has sent to Rajoy.

The team of Salud por Derecho.