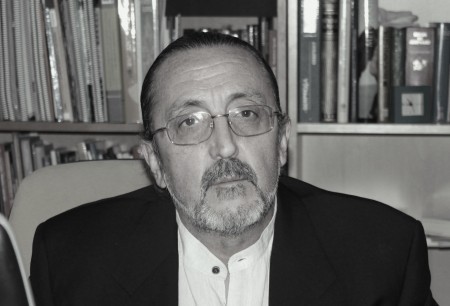 This article belongs to the series: Good News: Change is Possible!

Are we getting used to everything that is happening around us? What has to happen in order for us to be stirred, for us to jump out of our seats? Juan José Millás affirmed a few days ago, in a difficult article, that he was feeling ready to “unsusbscribe” from the human race.

And although with everything that is going on around us it is difficult to read or hear good news, the truth is that good things are happening, and therefore it is gratifying to stop and take a look. In the past few days, two great pieces of news have happened, two “battles” won in the course of two important and long wars. The first has to do with the unequal fight between David and the powerful Goliath, a long struggle between India, the “pharmacy of the poor,” and Novartis, the giant Swiss pharmaceutical industry.

Novartis, relying on an unjust patent law and defending false product innovation, commercialized some medicines frequently used to treat HIV, malaria or cancer up to 180 times more expensive than the generic drugs that come from the industry in India. But the Indian Supreme Court rejected the appeal of the Swiss pharmaceutical, which has thus lost a major legal battle and which will mean reasonably priced treatments for millions of people. The clients of the “pharmacy of the poor” include many governments, United Nations agencies and non-governmental organizations. Other pharmaceuticals such as Pfizer or Roche have pending appeals presented last year to maintain their patents, but the Novartis ruling sets an important precedent and is certainly excellent news although there are still many battles to be fought.

The second piece of good news is a tremendous step forward in the regulation of the arms trade, which to date had been nonexistent internationally. The United Nations General Assembly approved on April 2, 2013 with 154 in favor, 23 abstentions and 3 against, an arms trade treaty, with two clear objectives*: to establish the strictest possible international common standards to regulate or improve the regulation of the international trade of conventional arms and prevent and eradicate the illicit trade of conventional arms and prevent their diversion.

Without a doubt this is a historical event that could save many lives and bring some order to the impunity by which the misnamed “lords” of war acted, a misused adjective that has been used to describe traffickers and criminals. I know many people are skeptical about these far-reaching issues but these two pieces of good news have been made possible thanks to the efforts of civil society working among us.

Even in this climate of frustration, rage and despair, you can still find good news. Groups of parents have organized themselves to start shared daycares in their own homes to take care of their children due to their inability to pay for this service. Private homes that offer great value priced lunches. Citizens that lend money to others who are excluded from the traditional banking system or exchange their time and knowledge amongst each other. Social movements that have organized to claim their rights and have achieved important victories: Stop Evictions, “Marea Blanca” (the movement of health professionals), “Marea Verde” (the movement of educators), parent associations seeking financial resources to maintain the contracts of researchers so that they can make progress in the treatment of rare diseases, etc.

All of these stories have much to do with the pressure exerted by civil society, with the commitment and constant work of many millions of people around the world that eventually pays off and shows us that change is possible when it means an advance in social justice and has sufficient public support.

Good news, the result of bad times. Realities that I am not sure will change the mind of Juan José Millás, but certainly show that we must continue to trust in the power of citizens and be certain that they can make a difference.

*Article 1 of the text approved by the United Nations General Assembly meeting in New York from the 8-28 of March, 2013 and related to the Arms Trade Treaty.