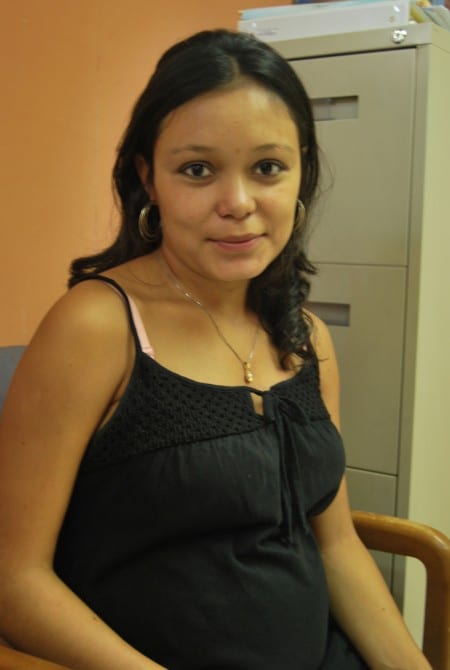 It’s Monday morning and we are at the Center for Integral Care (Centro de Atención Integrada- CAI) at the University Hospital of Tegucigalpa, Honduras. We held an interview with the coordinator of the center, Dr. Efrain Bú Figueros, a Honduran infectologist who has been working on issues related to HIV/AIDS since 1985 when the first cases were found in Honduras and no one wanted to treat those who were suffering from the disease.

Today, the situation in Honduras has changed according to Dr. Bú; the mortality rate of 100% during the 80s has been greatly diminished. The Global Fund to Fight AIDS, Tuberculosis and Malaria began to help the country in 2003 with the financing of antiretroviral treatments and little by little the Fund has expanded the number of new medications.

The doctor tells us that currently Honduras has been able to advance so that the State now covers the financing of antiretroviral treatments. He explains that there are 44 Integral Care centers in the country that focus on the monitoring of people living with HIV. These centers monitor more than 900 patients with HIV, 300 of which are children. The system has been implemented in such a way that every 35 days, a person with HIV can go to their center to receive care and their medication. Besides medical care, the centers also have support group initiatives carried out by professionals and people affected by HIV.

At the end of the meeting, the nurses at the center stop to talk with us, some of them wanting to let us know how grateful they are not only for the contribution that the Global Fund makes to the center itself, but also how it has benefitted so many concrete people. One nurse comes close to me and says she wants to introduce me to Kimberly so that I can learn firsthand what the Global Fund means to so many people. Now, I am sharing this experience with you:

Kimberly is a teenage girl who is 19 years old and was open to sharing her life experience with me. The first thing that she tells me is that she was born with HIV, that it is part of her life and who she is. Her infection was vertical, which means it was transmitted from mother to daughter. In 1993, when she was born, there were still no prevention mechanisms in Honduras. Her mother, for lack of access to medicines died two years later, like the great majority of people living with HIV/AIDS at the beginning of the 90s. Her father could not continue living knowing his destiny and a few years later committed suicide.

Kimberly grew up living in a home provided by the Fundación Nuestros Pequeños Hermanos. When she was five, she began to receive antiretroviral treatment. During that time period, the medicines were still first line treatments and there were still no medicines especially designed for children. Kimberly suffered many secondary effects. She tells me that she remembers getting sick easily, that she had sores constantly and that her chest always hurt as she suffered from many asthma attacks. She remembers that at seven years old she was already aware that she had a disease- although her caregiver at the home told her she could not tell anyone- that it was a secret. Up until this day, Kimberly is reserved about her situation and does not usually share that she is a HIV positive.

Despite her difficult story, Kimberly shares her experience with a special calm. In response to the question about her life today, she answered with a huge smile saying she could not be more grateful and happy with the life that she is leading.  She tells me she is currently studying a module in health and she is pregnant with her first child – who will be born HIV free as she is controlling the situation to ensure this is so. She has a partner who supports her unconditionally and with whom she wants to build the family she never had.

At the end of our time together, I thank Kimberly for her sincerity and for her interest in sharing her experience with me, and she answers that for her it is important to have this opportunity, as at times she thinks there has to be a reason why she was born with HIV, that maybe she can be a messenger for other people who are suffering and who are not capable of continuing to live life in a positive way- she wants to tell them that life can be beautiful although they have HIV and she always urges people to take their medicines, that they be constant, and that they live their lives in a healthy manner. To people who do not have HIV, Kimberly also tells me that she wants to share a message: she wants them to know that although HIV can kill, currently if you have access to medicines you can live a normal life- just as she is doing- the most important is to leave behind the barriers of discrimination that continue to exist regarding this disease.

The Global Fund has granted more than 67 million dollars to Honduras since the year 2003 for the fight against HIV/AIDS y thanks to this support programs for HIV/AIDS, TB and Malaria have been financed. Additionally it has helped finance antiretroviral treatment for more than 8000 people.

In the year 2008 Spain was the forth donor to the Global Fund, pledging 200 million dollars yearly between 2008 and 2010. In the year 2010 only half of the commitment was allocated and in the year 2011 the contribution stopped completely. Las year Spain committed to return to the Fund with a 10 million euro support, but to the date this commitment has not been followed through.