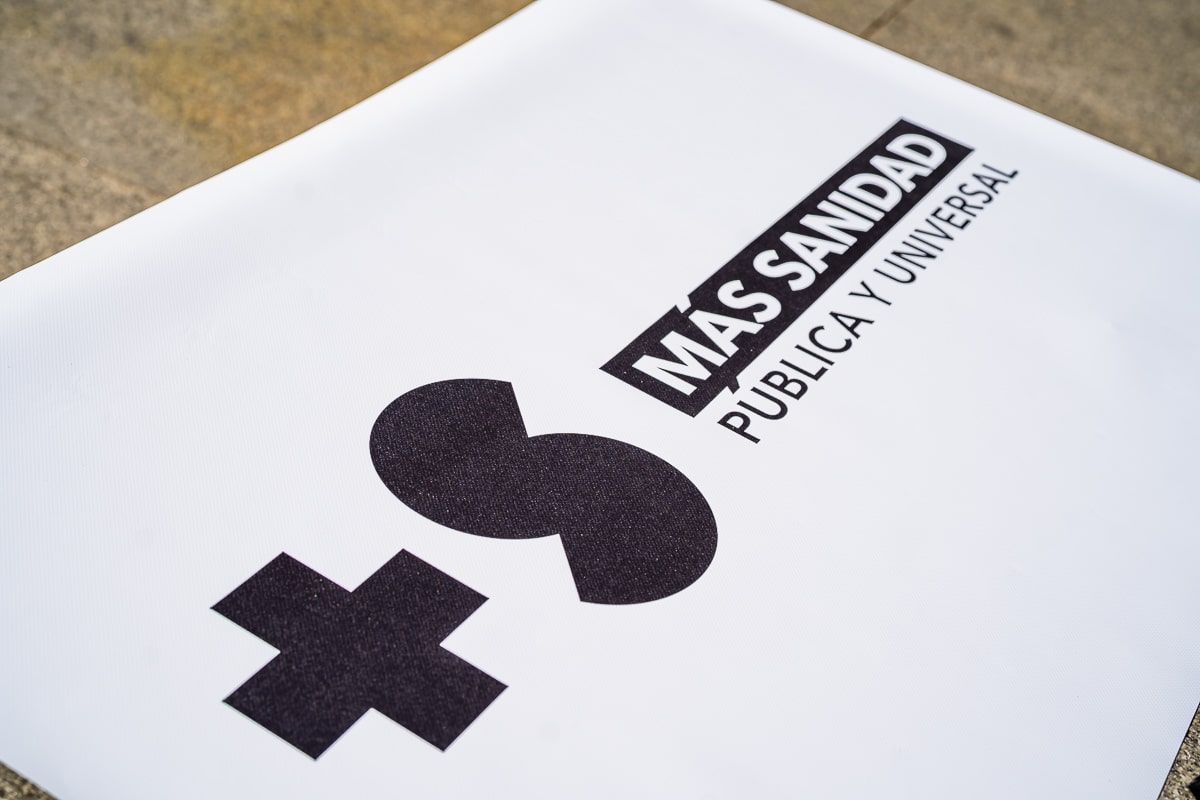 Más Sanidad demands that Congress approve an increase in NHS funding equivalent to 1,000 euros more per person per year

The more than twenty organisations behind the #AfterApplauding campaign—including the Sociedad Española de Médicos de Familia, Médicos del Mundo, Salud por Derecho and the Federación de Asociaciones Defensa Sanidad Pública, as well as the major trade unions and platforms for the defence of public health—are asking Congress for a stronger commitment to strengthening the National Health System. In view of today’s debate and vote on the final conclusions of the Commission for Social and Economic Reconstruction, the signatory organisations find the preliminary text insufficient on matters such as funding and pharmaceutical policy and recommend the inclusion of specific measures to strengthen and protect public health, which has been an international benchmark for so many years.

The request for an increase of 1,000 euros per person per year with a final view to the budget line for health is one of the key demands that the organisations have communicated to the members of the Congress in view of today’s plenary session.

COVID-19 has revealed how the cutbacks in health over the last decade have weakened our healthcare system, putting the health and lives of the population as a whole at risk, particularly those of healthcare professionals. Consequently, the organisations behind Más Sanidad consider the work of the Commission for Social and Economic Reconstruction as an opportunity to reverse these failed policies and build a new consensus around a strengthened model of public and universal health care. However, “the preliminary decision being voted on today in the plenary session has not only failed to achieve broad support, but also evidences significant shortcomings in key areas.

Therefore, the organisations that promote #AfterApplause would like to present a series of assessments, with the hope that they will be included in the debate in the plenary session of Congress.

The vast majority of the commitments set out in the Commission’s final decision require an adequate budgetary allocation. However, the section on the funding of the National Health System is notable for its lack of specific commitments. In this respect, the organisations note that:

Universalization of the right to health care

The Commission aims to strengthen and consolidate the universality of health care as an objective, but its findings suffer from two major omissions:

The importance of prevention

The current crisis created by COVID-19 has made clear that when it comes to public health, action must also be taken to tackle those social and material conditions that are determinants of health. In this sense, the Más Sanidad platform suggests:

This applies both to pharmaceutical policy and intellectual property in the research and development of medicines. The Commission for Reconstruction has missed the opportunity to further explore many changes that are urgently needed if access to and affordability of medicines and health technologies are to be ensured. Missing are:

No provisions to protect the Spanish National Health System from privatisation

The pandemic has exposed the need to increase the resources of publicly managed health centres, as the clinical management of the pandemic has hinged on these points of care. According to the signatory organisations, “this decapitalisation of the public sector is not only a consequence of the budget cuts of the last decade, but also of the commitment to privatisation models that divert a significant proportion of scarce resources to the private sector. These models have not only proved to be more inefficient than direct public management, but also aggravate inequity, weakening everyone’s right to health protection”.

In light of this situation, these organisations request: