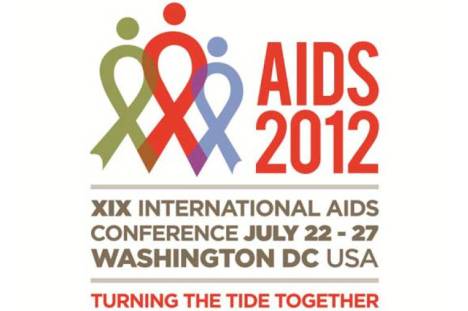 This week, the XIX International AIDS Conference (IAC) begins in Washington DC. Salud por Derecho is there to take part in the largest meeting of AIDS advocates ever gathered calling for a global and decisive commitment to change the course of an epidemic that has claimed the lives of more than 30 million people since its inception.

This yearâ€™s conference, entitled â€śTurning the Tide Together,â€ť takes places in the context of a critical moment in the fight against AIDS, marked by recent scientific advances in HIV treatment and prevention as well as the growing momentum for a cure. Now more than ever, it is evident that the international community has the potential to make significant strides toward halting the HIV epidemic.

Throughout this week in Washington, over 25,000 leading scientists, public health experts, policy-makers, advocates, and members of the HIV-affected community will join together around key objectives, â€śto promote scientific excellence and inquiry, encourage individual and collective action, foster multisectoral dialogue and constructive debate, and reinforce accountability amongst all stakeholdersâ€ť in order to collectively chart a course forward.

Salud por Derecho is covering the AIDS 2012 Conference directly from Washington, providing video and twitter updates to raise awareness and inform citizens and policy-makers in Spain as well as throughout Europe about the many important findings and messages articulated at the conference. By joining thousands of advocates in raising global awareness about the continuing impact of HIV/AIDS, we hope to contribute to re-energizing the movement so that the goal of ending the HIV epidemic becomes a reality.

What can you do? Stay informed to help us â€śTurn the Tide Together.â€ť

Here are four easy steps to stay on top of whatâ€™s going on in the fight against AIDS:

1. Stay tuned to our daily video updates. We will provide on-the-ground reports, interviews, and insights about important HIV/AIDS advocacy topics.

3. Sign the â€śWashington D.C. declaration.â€ť Take a look at the official statement of AIDS 2012 Conference, which seeks to build broad support for ending the AIDS epidemic through a 9-point action plan.

4. Learn More. To have access to the latest abstracts, reports, and presentations at AIDS 2012, click here to view the programme-at-a-glance.