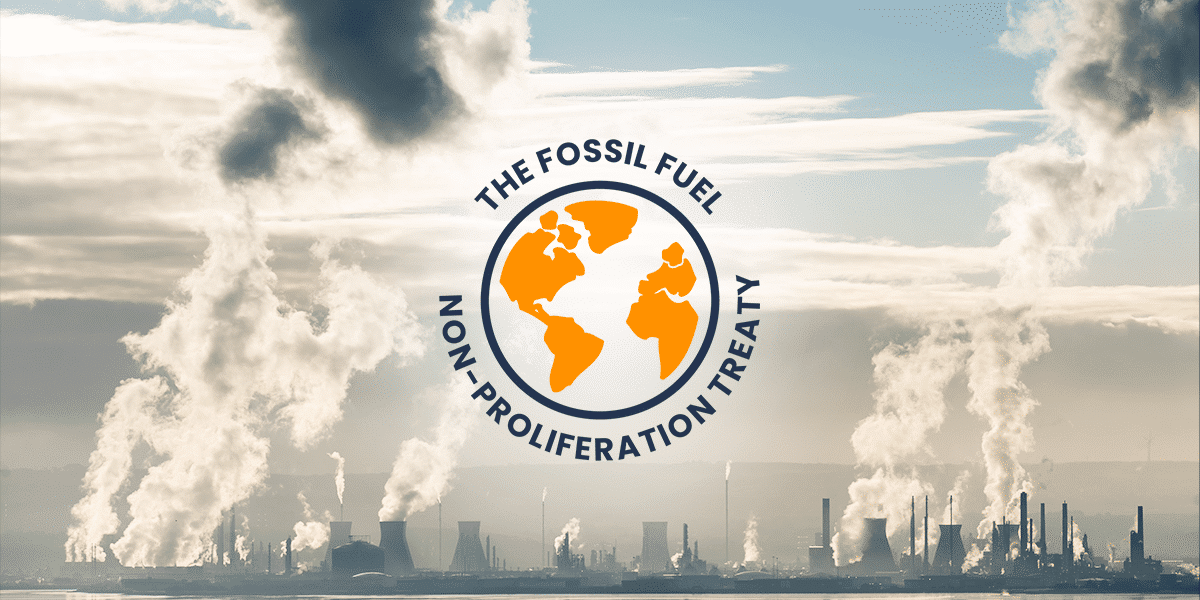 Climate change is one the biggest threats to global health. Global warming and the extreme use of fossil fuels – carbon, oil and gas – are causing changes like high pollution, poor quality or scarcity of water and climate migration, among other factors, with a direct impact on people’s health through different illnesses.

There exists an urgent need for the gradual elimination of fossil fuels and the decarbonisation of the economy in a manner that is not only quick but fair. This requires unprecedented international cooperation which assumes the commitments of the Paris Agreement but which goes further in creating a binding political commitment that guarantees non-proliferation of carbon, oil and natural gas, bringing an end to new explorations and production. All while driving real and rapid solutions together with a fair transition for all societies.

That’s why Salud por Derecho has signed up to the Fossil Fuel Non-Proliferation Treaty, a global initiative that emerged in 2019 and which aims to gradually eliminate fossil fuels, promoting a fair transition to 100% access to renewable energies across the world, without leaving anyone behind.

Tackling the impact of climate change on human health and ecosystems is a challenge. Respiratory and cardiovascular illnesses, heatwaves, vector-transmitted diseases and food security are challenges the require national and international public policies that adapt to the effects of climate change and mitigate the human impact. Through all of this, here at Salud por Derecho we will continue to work and concentrate our efforts.

Today, around 3,000 academics and scientists, over 100 Nobel laureates, 750 civil society organisations, parliamentarians from around the works, students and civil society leaders are supporting and driving this Treaty.

You can find all the information on the Treaty Website.