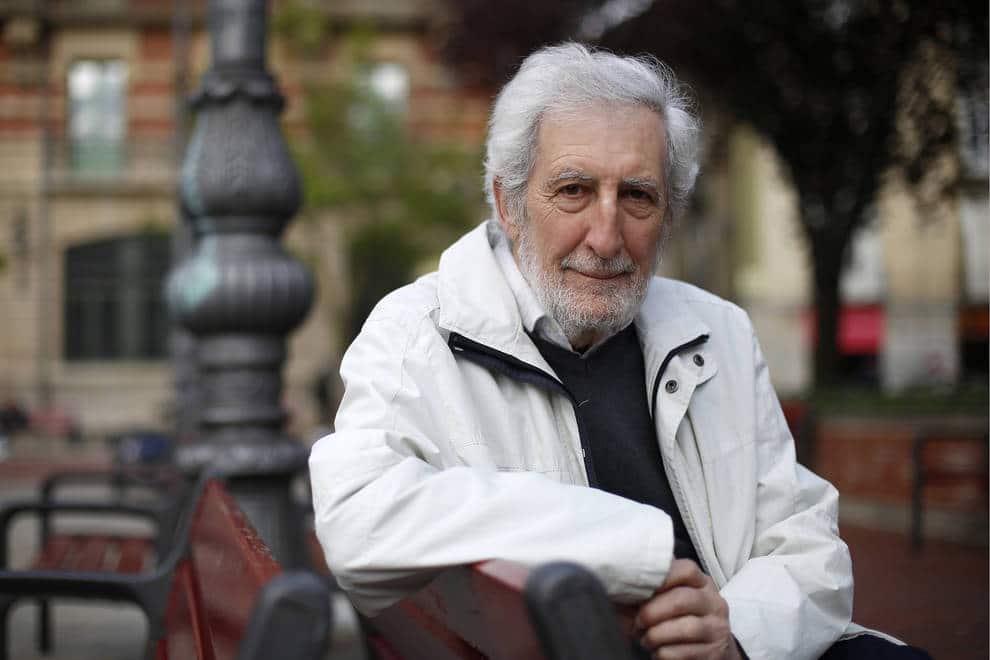 The council that he leads is an independent body of the administration that is responsible for overseeing compliance with the obligations of the Navarra Public Administrations and public sector organisations for publishing their activities, as well as citizensŌĆÖ right to access the public information they have. An ŌĆśessential duty for any advanced democratic system,ŌĆÖ as he states, and which is particularly relevant in the field of health, as transparency in medicine management largely depends on fair access to it and, consequently, the health of thousands of people.

There is the impression in recent years ŌĆō both in Spain and the world ŌĆō that there is progressively more talk of transparency and that it is acquiring increasingly greater relevance.

Definitely. In Europe, especially in Nordic countries and in North America, transparency is more of a tradition and laws have been enacted decades ago that obligate the administrationŌĆÖs transparency. However, in Spain the issue has been delayed. The stimulus that has caused transparency to take on the importance it now has are the episodes of corruption in the last two decades.

So, is transparency a tool to fight corruption?

The fact that the administration and governors make public their decisions and the reasons for them is essential for good governance and good administration, to prevent decisions partially influenced by financial or personal interests. Transparency is also fundamental for accountability. Citizens have the right for the administration ŌĆō who we should never forget works at the service of citizens ŌĆō to account for its actions. And, of course, transparency is also essential for citizen participation, which is now more present than ever in public policies. However, in order for citizens to be able to participate, they must be informed, as there is no information without transparency.

In summary: transparency is not an end in and of itself, but it is an essential cross-cutting mechanism to prevent corruption, for good administration, for citizen participation, for accountability and for public integrity.

Is transparency in health particularly relevant? Could the lack of transparency have direct consequences on peopleŌĆÖs health?

Of course. Greater or lesser transparency has a direct impact on the population having better or worse overall health. This has been empirically proven. According to a health scale published by the Spanish Ministry of Health in 2018, there are two million people in Spain who do not buy the drugs that public health prescribes them because the part they would have to pay (copayment) is too expensive for them and they do not earn enough to assume this expense.

Why are there two million people not buying the drugs they need? Because at present there is a large number of medicines whose prices have doubled, tripled or quadrupled, which is also reflected in the copayment. And why are the prices so high? Well, one of the reasons is the lack of transparency in price setting by the Healthcare Administration.

There is just an enormous inequality in the negotiations between pharmaceutical laboratories and the administration. The companies have information on how much it has cost them to develop a drug, information which is unknown by the administration. Thus, the administration has fewer weapons to negotiate fairly with the companies and to obtain more reasonable and balanced prices that compensate the companiesŌĆÖ costs, but also let it acquire them at a fair price, not like now, with prices that keep going up. A recent book on this topic is called: Medicamentos: ┬┐derecho humano o negocio? (Drugs: Human Right or Business?)

So there has been progress. Transparency law, laws on drugs, jurisprudenceŌĆ”

Yes, of course. In recent years, we have seen how the state Transparency Council, an independent body, has enacted several resolutions, based on claims for access to information. It also supported organisations such as No es Sano and the Civio Foundation, declaring their right to access the data they requested, which in this case were on the criteria used by the administration to approve the use and buying of a drug.  Things were going quite well.

Surprisingly, in the latest resolution in September of last year on another request for information, the Transparency Council did a complete turnabout and prioritised the principle of confidentiality alleged by the pharmaceutical companies. Honestly it surprised all of us.

Yes. In general, transparency legislation demands utmost transparency in all the administrationŌĆÖs actions and proceedings. The Spanish Drug Law, specifically its article 7, also establishes the general principle of maximum transparency in decisions made by the healthcare authorities related to medicines. However, some groups of laws also establish limits. One of these limits involves not providing information that could entail damages to companiesŌĆÖ economic and commercial interests. And article 97 of the Drug Law establishes the rule of confidentiality for the technical and financial data submitted to the Healthcare Administration by laboratories for the approval of a drug and setting its price.

The pharmaceutical companies are using this confidentiality rule to grasp at straws and deny this information when third parties require them to be provided by the Healthcare Administration that has them.

And are there more recent cases in this regard?

Yes. Along this same line, we have the resolution by the Basque Country Transparency Committee from January 2020 that ŌĆō like what the Ministry of Health did ŌĆō rejected the claim of the CIVIO Foundation, which wanted to know how much the Basque Health Service was paying for a specific cancer treatment. This decision was based on two criteria: that disclosing economic data would affect the laboratoryŌĆÖs commercial interests and that knowing what the Basque Health Service was paying could have a negative impact on the laboratory for determining the price in other autonomous communities, because it would have less negotiating capacity.

Naturally, the pharmaceutical company ŌĆō Novartis in this case ŌĆō would rather keep the agreements reached secret, to then negotiate for the prices it considers suitable in other autonomous communities, without references that, like a cap, could limit its negotiating capacity. However, and logically, the autonomous communities do want to know how much other communities are paying in order to have the information that would give them more negotiating power.

Did the government also deny access to this information?

The argument of confidentiality and economic damages was used by the Basque CountryŌĆÖs Ministry of Health and it is the same argument that Farmaindustria has been using, in representation of the pharmaceutical laboratories in Spain.

So has the administration accepted the industryŌĆÖs argument?

Based on the first and successive decisions of the state Transparency Council granting access to data on medicines, Farmaindustria became quite alarmed and started ŌĆō for the first time ŌĆō an important campaign with statements in the press and articles in scientific journals calling for the necessary confidentiality of the data provided for drug authorisations. This campaign was so widespread and strong that it seems to have been taken on in some way by the healthcare administrations, the Transparency Council and the Basque Transparency Committee.

And are they valid arguments?

The alleged damage to commercial and economic interests is largely a fallacy. In several litigation proceedings, laboratories have said ŌĆślook, they cannot make these data public because then the pharmaceutical laboratories will use them, which would damage our businessŌĆÖ. But that is a fallacy ŌĆō I repeat ŌĆō because these medicines are protected by a patent, which gives them total exclusivity for marketing and sale. It is simply an invalid argument.

Another argument the industry uses, for example, is that if there wasnŌĆÖt confidentiality, prices would move towards evening out at a single price, which would be relatively low for rich countries, but too high for the poorest countries, making access complicated. Farmaindustria used this argument, as if the pharmaceutical companies were NGOs that, instead of pursuing maximum business profits, want to guarantee access to drugs by citizens of poor countries. And, to achieve this laudable objective, they require confidentiality. But I insist, this is false. Not long ago, the CIVIO Foundation conducted a study on drug prices in several European Union countries. And ŌĆō to give one example ŌĆō it discovered that for Sovaldi, the famous drug for Hepatitis C, a more expensive price was agreed on for the countries with lowest revenues like Portugal and Poland, than in countries with higher earnings like ours.

In any case, recent laws in Spain, the WHOŌĆÖs historic transparency resolution and other countriesŌĆÖ rulings do let us see a significant change in favour of transparencyŌĆ” Can we be optimistic?

The lack of transparency about medicine prices is a worldwide problem. Laboratories do not want their technical and economic data to be publicised in any country, so that they can have more negotiating freedom with each countryŌĆÖs healthcare systems. However, there are many civil societies and scientists interested in knowing these numbers to be able to improve access to and management of medicines. There have been claims similar to those in Spain that have ended up in European courts of justice.

In fact, only a few weeks ago, several rulings were published in which the European Court of Justice took an absolutely clear position in favour of the right to access this information. It gave precedence to higher public interests for its dissemination, an interest consisting of the need to have controls over the activities of the European Medicines Agency. The latter also expressed its agreement with the sentence, in which healthcare and research professionals control the granting of drug commercialisation authorisations.

I suppose that these decisions will influence assurances of transparency and in courts among our bodies, which I hope will be more liable to grant the right to access information from now on.

And what is missing to advance more quickly towards an R&D model for health that is more transparent and fairer?

Two things are lacking to obtain more transparency in the system and everything specifically related to health. One the one hand, modify the Spanish Medicine Law, establishing clearer criteria, as they are not clear now. And, on the other, for public organisations and senior executives to generate a culture on the value of transparency.

In Spain right now, a citizensŌĆÖ legislative initiative has been admitted for processing in the Congress of Deputies to modify the Medicine Law and to add a series of new articles. They include, for example, introducing transparency in setting medicine and medical device prices, as well as accountability in the healthcare administrationsŌĆÖ adoption of decisions.  If 500,000 signatures are obtained between now and June, they will start to enact the law. And it would be very important.

The pharmaceutical industryŌĆÖs reprehensible secrecy practices are making an informed and solvent public debate impossible on the costs of producing, prices, therapeutic value, accessibility and so forth of medicines.  There are two interests at play here: the pharmaceutical laboratoriesŌĆÖ economic interest and the public interest of assuring the fairest prices possible for medicines so that all citizens have access to them. Of these two valuesŌĆ” which one should prevail? The public interest naturally, although right now it seems like the first is prevailing.