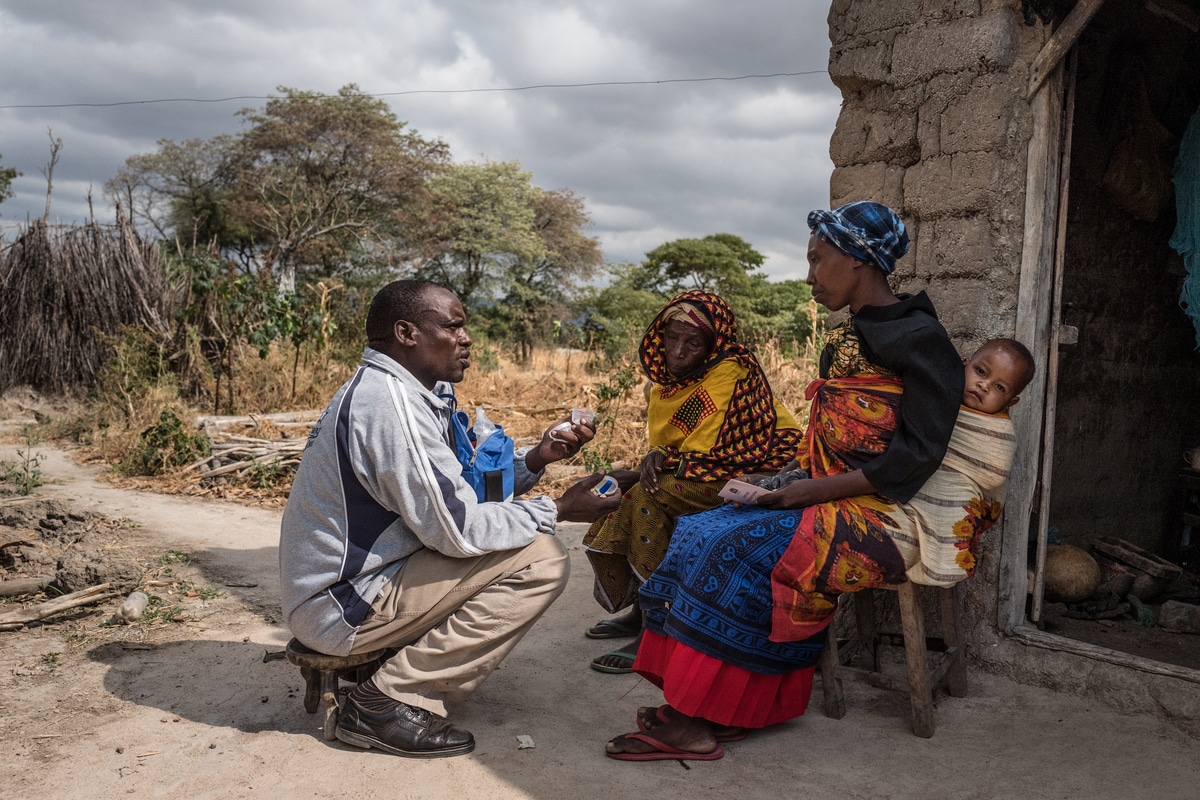 We ask the government of Spain to contribute 180 million to the Global Fund to Fight AIDS, Tuberculosis and Malaria

The Global Fund to fight against AIDS, Tuberculosis and Malaria is the largest multilateral body in existence to fight these pandemics. Mainly financed through donations from world governments, it provides 30% of international investment in HIV programs, 76% for tuberculosis and 63% for malaria. On the 18 and 19 September of this year, under the auspices of the government of the United States, it will hold its 7th Replenishment Conference, in which donors will announce their commitments to the body for the next three years.

After the impact of COVID-19 and in face of the worrying situation of the three diseases on a global level, the Global Fund has requested 18 billion dollars; 4 billion more than was requested and secured in the previous round of financing, in 2019. According to the body itself, reaching this goal could save 20 million lives, reduce the mortality of these diseases by 64% and avoid 450 million infections, as well as reinforcing countries’ health systems and readiness to face these and other pandemics.

In this context, the organisations Salud por Derecho, Doctors Without Borders and the State Coordinator for HIV and AIDS (CESIDA in Spanish) have sent a letter to the government of Spain to request in increase in the contribution the Global Fund in consideration of the new needs of the body, to reach, at least, 180 million euros for the next three years.

Spain has historically been a donor to the Global Fund. However, since 2011 it stopped making contributions, until the last Replenishment Conference, in 2019, in which it announced a contribution of 100 million euros. “The return to the World Fund was a commitment by the government itself and great news. Now, in face of the current crisis, Spain must rise to the challenge and, once again, put our country on the level it deserves in the fight against these pandemics and in global health”, says Vanessa López, director of Salud por Derecho.

The end of pandemics, in danger

The eruption of COVID-19, along with the humanitarian and climate crises of recent times, are generating new needs which make invisible and diminish the response to other health emergencies, such as the AIDS, tuberculosis and malaria pandemics. In 2021, the Global Fund, for the first time in its history, published a report of negative results, after observing serious declines in its programmes for the diagnosis, prevention and treatment of the three diseases.

As we highlight in the letter, for HIV, for example, there was a 22% decline in detection tests compared to 2019, and an 11% reduction in prevention services, especially for the most  vulnerable populations. A similar case is seen with tuberculosis: in 2020, for the first time in more than ten years, the number of deaths increased -1.5 million people globally- and the number of people in treatment reduced: by 18% for normal TB; 19% for drug-resistant TB and 37% for the extensively resistant strain. Similarly, the number of people diagnosed reduced by 18%. The estimated number of deaths related to malaria globally increased by 12% compared to 2019, to reach approximately 627,000: it is calculated that a child dies every minute due to this disease.

“Our teams all over the world have observed worrying signs of regression in the fight against the three diseases, aggravated by the COVID-19 crisis and economic difficulties”, warns Raquel González, director of International Relations at Doctors Without Borders (MSF). “We are witnessing the loss of ground gained. We are worse on many fronts. When countries have insufficient funding for their medical programmes they have to make cuts. Ultimately, it is the patients who bear the brunt of lack of funding”.

Recently, MSF teams have seen the reduction in HIV programmes for pregnant women and their new-borns, and those aimed at vulnerable groups. They have also witnessed the reduction in the quality of the service provided, and the omission of essential elements, such as tests to determine the level of the virus in the blood, medicines to treat people with opportunistic infections and complications related to AIDS, and paediatric care related to TB.

A dramatic increase in funding

The Global Fund has been fundamental in mitigating the impact of Covid-19 and saving thousands of lives. In addition to having invested more than $4 billion in the pandemic response, years of experience and investment in strengthening health systems in the countries most affected by pandemics have generated structures and resources -laboratories, disease surveillance systems, community networks, trained health workers or supply chains- that have been critical in recent years.

While most countries have begun to recover from the ravages of COVID-19, the fight against the three most serious infectious diseases we know of has stalled. For example, in 2021, international resources for HIV were 6% less than in 2010. “Only through a drastic increase in funding can the world get back on track to end these pandemics as a public health problem by 2030, as set out in the United Nations Sustainable Development Goals,” says Reyes Velayos, president of CESIDA.

For all these reasons, and in view of the imminence of the next Replenishment Conference, the undersigned organisations ask the Government to confirm that Spain will announce a contribution of 180 million euros. “We consider that this figure is in line with the needs and objectives established by the Global Fund for the three-year period 2023-2025 and with Spain’s weight in the community of European Global Fund donors as a whole, and that it would reflect our growing contribution path, bringing us closer to the level of our neighbouring countries,” the letter concludes.

A few months ago the United States announced their contribution of 6 billion to the Global Fund. A few weeks ago Japan also announced an approximate 30% increase compared to 2019, to contribute more than a billion euros This morning Germany has increased its contribution to 1.3 billion, 30% more than in the previous round of funding.