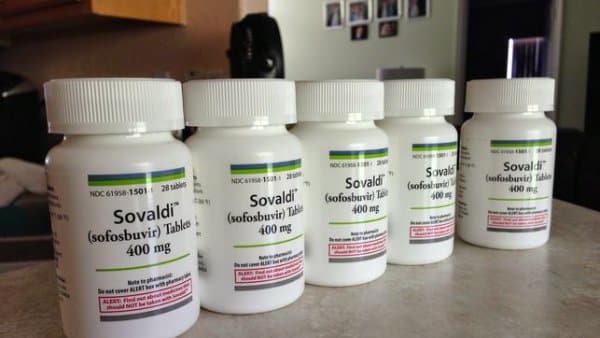 We ask, together with other civil society organizations, the end of Gilead’s unjustified monopoly in Europe on the anti-hepatitis C drug

Munich / Paris / Madrid, September 11, 2018.- This week, the European Patent Office (EPO) based in Munich will hold a public hearing to address the appeal filed in March 2017 by organizations from 17 countries against the patent of the sofosbuvir. This unjustified patent allows the US pharmaceutical corporation Gilead Sciences to charge exorbitant prices in Europe for this key drug to treat hepatitis C.

Health by Law, Doctors of the World, Doctors Without Borders and Just Treatment are some of the patient associations and organizations that are providers of treatment that challenge the validity of a Gilead patent for sofosbuvir because it does not meet the requirements to be a patentable invention from a legal or scientific perspective. These institutions have urged the EPO today to reconsider the decision that gives Gilead this monopoly. On September 13 and 14, the OEP will hold a public hearing to make a decision on the case.

“The European Patent Office should revoke this patent, but this is a fundamental problem. Monopolies on drugs are the cause of exorbitant and abusive prices, and governments grant these monopolies for treatments that have been developed with a significant portion of public money. In the case of sofosbuvir, in addition, the patent is unjustified from the legal and scientific point of view, “says Vanessa López, director of Health by Law.

If the opposition to the patent moves forward, an important step will have been taken to allow the production and import of affordable generic versions of sofosbuvir in Europe. In this way, health systems will be protected from illegitimate financial burdens caused by the abusive prices set by companies.

The extremely high prices in Europe of the new anti-hepatitis C drugs – called direct action antivirals or ADAs – have led civil society organizations to investigate and subsequently oppose the monopoly and legitimacy of such patents.

“For three agonizing years I have been waiting to receive sofosbuvir, a vital oral medication against hepatitis C,” explains Clare Groves. Clare, a patient and leader of Just Treatment, overcame hepatitis C after being treated in the National Health System (NHS, for its acronym in English) of the United Kingdom. The NHS was forced to ration drug administration for the exorbitant price. “My doctor kept telling me that she was sick, but not enough to be chosen to receive treatment in the public health system. I do not want to be denied treatment with sofosbuvir to other people because the price is exaggerated, so I will keep fighting so they can access the cure for hepatitis C. ”

The World Health Organization estimates that in the European region there are 15 million people – approximately 1 in 50 people – chronically infected with hepatitis C, which causes about 112,500 deaths a year from liver cancer and cirrhosis. The advent of ADA drugs, which offer a more effective, safe and less time-consuming cure compared to previous treatments, has been a therapeutic achievement in the fight against hepatitis C, with cure rates of over 90% compared to 50 Previous% Although sofosbuvir is the cornerstone of most combination therapies for hepatitis C, universal access to these new treatments remains limited due to high prices. This forces many governments and treatment providers to ration drug administration and limit access only to patients with the disease at an advanced stage.

“In Spain, for example, the high price of this drug meant that, initially, the Government only offered treatment to people in the most advanced stages of the disease. In June 2017, after many unnecessary deaths and after the struggle of the patient organizations, the Government undertook to offer treatment to all patients, regardless of the stage of their disease, although the prices they pay are still too high. From 2015 until now, more than 110,000 patients have received treatment for hepatitis C, although estimates from the Ministry estimate that between 1% and 2% of the Spanish population (from 450,000 to 900,000 people) have the virus, “says Vanessa López , Director of Health by Law.

Gilead charges in Europe up to 43,000 euros per person and treatment regimen of 12 weeks. Meanwhile, in countries where there is no patent for the drug, competition among generic producers has cheapened the price to only 52 euros for the same treatment cycle. Different studies have shown that the cost of manufacturing per daily tablet is 0.50 euros.

“Economic barriers to accessing medicines and healthcare have become a challenge for high-income European countries. Since the reason why prices are so high are unjustified patents – says Olivier Maguet, director of the Doctors of the World Campaign on the price of medicines – the time has come to oppose unfair patents in Europe ” .

While high drug prices are a well-known problem in many parts of the world, the recent increase in the costs of ADAs has led Europe to pay attention to the impact of monopolies on health budgets and access to medicines. people to many other essential medicines. Legal remedies have been filed against sofosbuvir and other ADA patents in several countries, and sofosbuvir patents have been revoked in Egypt, China and Ukraine. In other countries, such as Argentina, Brazil, India, Russia and Thailand, they are pending resolution.

“Every day, MSF witnesses first-hand how monopolies on medicines prevent people from accessing lifesaving medicines,” says Gaelle Krikorian, policy officer of the MSF Access to Medicines Campaign. “MSF could only expand access to hepatitis C treatment in countries like Cambodia and India once quality generic medicines were available. It is time for the European Patent Office and patent offices around the world to apply greater scrutiny when they grant monopolies on medicines, considering the negative impact that unjustified patents have on the health of people. Revoke Gilead’s patent would mean the end of the monopoly of this company in Europe, and would allow countries to access sofosbuvir at affordable prices through generic producers. Also, send a very clear message to other countries to oppose patents not justified when what is at stake is the health and survival of people.

The rest of the organizations that subscribe the opposition to the patent are: European Public Health Alliance (European Union); AIDES (France); Praksis (Greece); and Access to Medicines (Ireland)