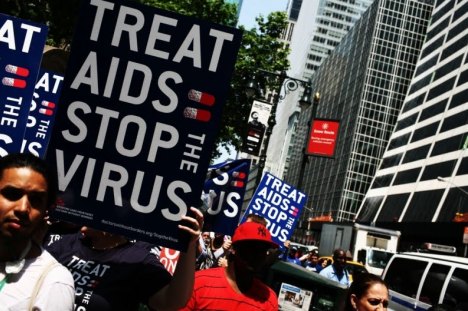 We ask that the new Government reconsider Spanish contributions to the Global Fund to Fight AIDS, Tuberculosis and Malaria

Today, 11 November, just 9 days away from the general elections and a few weeks away from the end of 2011, the Spanish government still has not approved its contribution for this year to the Global Fund to Fight AIDS, Tuberculosis and Malaria. What’s more, the Council of Ministers is not expected to hurry to approve the contribution before leaving office. For the first time, the box of fourth place in donations, Spain, has a zero in it. We had been in fourth place as a donor, and now there’s nothing. This cutback has been so abrupt, and so utterly lacking arguments, that it has bewildered even those least enthusiastic about the Global Fund.

The current context would lead one to believe that the economic crisis is behind this, but that’s not the case. Official Development Aid (ODA) has been available; not as much of it, but it has been available. Cutbacks in ODA could have meant us not being at the 200 million dollar per year level we were before, but they do not justify zero euros or even a token amount, had that been offered. Furthermore, over the last few weeks, the government has approved contributions to several other health- and development-related international bodies, but there has been no trace of the Global Fund.

To be talking about what should have been Spain’s contribition for 2011 reflects an almost desperate situation, given that the government should have announced its three year pledge for the 2011-2013 period back in October of last year during the New York Donors’ Conference. The Spanish representative there explained to the other countries that the government was not yet able to determine the amount of its pledge, but that countries could continue to rely on Spain. Last 1 December, World AIDS Day, there was not yet any reply from the government, and this came together with the drastic cutbacks in ODA for health. Salud por Derecho, through the Tenemos SIDA coalition, asked that this be rectified.

On 9 February, the Spanish government announced a freeze in its contributions that had not yet been pledged, due to cases of fraud in five Global Fund recipient countries and which the Global Fund itself had identified through the Inspector General and published on its website. Our stance, also expressed through Tenemos SIDA, was to condemn this poor practice and ask the government not to excuse itself from a situation that it had already been aware of as a member of the Board of Directors  and to become truly involved in seeking solutions so that cases like these would not occur in the future.

Over the course of the year, there has been one opportunity after another for Spain to redeem itself and honour its pledge, comfortably couched in the framework of a policy approved by major donors. In March, the United Kingdom’s cooperation agency, the DIFID, published an evaluation report indepedent of all international bodies receiving government support.  The Global Fund received one of the best appraisals owing to its efficiency and results-oriented approach, among other factors.  In May, the Australian Development Agency, AusAID, published a report with analagous findings.

Neither Salud por Derecho nor any of these other bodies is asserting that the Global Fund is perfect. But its efficacy and approach geared to vulnerable populations that other bodies overlook make it a “good investment” in saving lives and improving people’s health.

Moreover, this year marks the 30th anniversay of the beginning of the HIV/AIDS pandemic  and also coincides with the United Nations Special Session on AIDS where all member countries undertook commitments for the years to come, including the commitment to put 15 million people on treatment by 2015. Spain joined the international community’s renewed commitment to progress, even more quickly than in the decade prior, in the fight against AIDS. This would have made it the right time to accompany its words with the credibility of a pledge to the Global Fund, which, it should be said in passing, represents nearly the entire amount of funding that Spain provides for its cooperation against HIV/AIDS. But that didn’t happen.

Since these cases of fraud were discovered in recipient countries, the Global Fund’s Board of Directors has commissioned a High Level Panel to complete a report with recommendations in order to identify changes that will bolster monitoring systems in order to orientate the Global Fund more towards sustainability than emergency. The publication of this report in September led countries like Sweden, Germany and Belgium to express their satisfaction with the steps taken and to decide to lift the freeze on their contributions. Germany has disbursed half of its contribution, Sweden has even increased its contribution, and Belgium has pledged the same amount as in 2010.

Yet in run-up to World AIDS Day, we cannot merely refer to the Global Fund, though it is undoubtedly the example that draws the most attention. The fight against AIDS has suffered from disproportionate cutbacks –between 70 and 80 percent- on vaccine and microbicide research for the HIV subtypes that are prevalent in the most affected countries These investments have been channelled through international organizations such as the IAVI and the International Partnership for Microbicides (IPM).

This story should be a lesson for the Government to come, whoever takes office, to steer Spain away from its erratic, irresponsible behaviour. Our government has not only turned its back on 200,000 people living in countries most highly affected by HIV/AIDS, tuberculosis and malaria who depend on Spain’s annual contribution, but it has also tarnished our country’s reputation as a donor. We hope that this will be one of the first pending tasks to be taken care of, whatever party comes to govern.