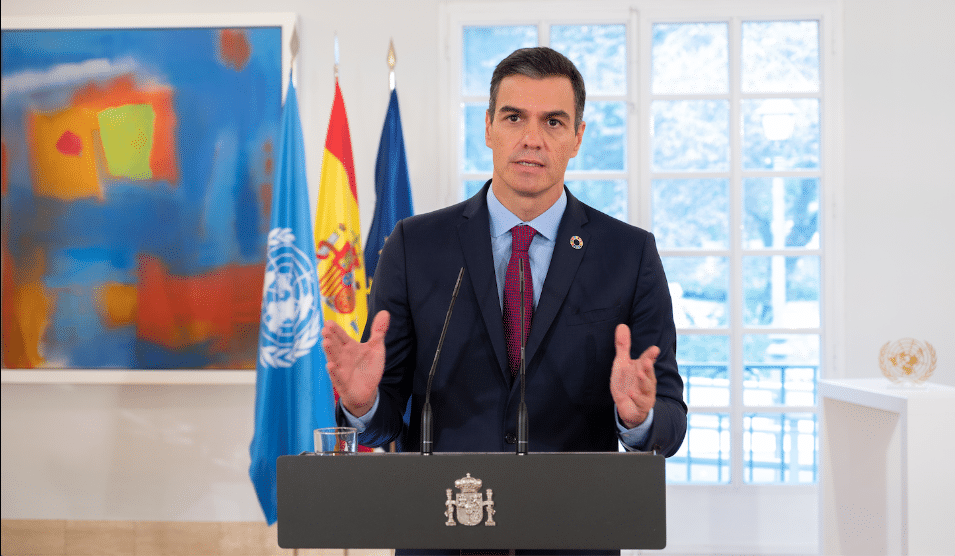 Madrid, 19 October – Only days before the European Summit on 21 and 22 October, bringing together the prime ministers of all EU countries, the organisations Salud por Derecho (Right to Health), Doctors Without Borders, Oxfam and Amnesty International, with the support of the international alliance People’s Vaccine – made up of 70 international organisations – sent a letter to Pedro Sánchez asking him to lead a turnaround in Europe’s stance on suspending Covid-19 patents.

Presented by India and South Africa at the World Trade Organisation (WTO) one year ago, the proposal would remove all intellectual property obstacles and lead to decentralising production to increase it locally in different regions round the world. Thus, vaccines and other products employed in fighting Covid-19 could reach all countries quickly and at a mass scale, and their health systems would also be strengthened for coping with future pandemics.

In the letter, the organisations stress the huge inequality in access to vaccines: while 68% of the EU’s population has at least one dose, in the lowest income countries, this number plummets to 2.5%. They criticise that the initiative that could best help reduce this gap – suspending patents – continues at an impasse due to the block in the WTO led by the European Union, Switzerland, the United Kingdom and Norway.

Positions that were defined once again last week at the last meeting of the TRIPS Council – the international regulatory framework for the intellectual property system in the health arena – which once again closed without making any progress on a negotiated text to temporarily suspend patents. The United States, which repeated its support for the initiative several months ago, has been more active in seeking consensus, while the European Union continues to express commitment to the alternative to suspension that was presented in June. The alternative contains measures that, according to the organisations, are clearly insufficient for increasing worldwide vaccine production and distribution.

In their letter to Pedro Sánchez, the organisations stress and recognise the pro-stance Spain has expressed at different forums, including the recent United Nations General Assembly, with regard to removing intellectual property barriers and ensuring fair vaccine distribution, as well as its support of the fund to access C-TAP (COVID-19 Technology Access Pool), driven forward by the WTO.

‘The Spanish government’s position that is open to dialogue and leadership at international events is seen as an opportunity to convince other European countries of the need for the European Union to change its current position blocking the initiative and let the WTO approve the waiver.’ A waiver that ‘would also contribute to strengthening their health systems and response capacity for this and future pandemics.’

The organisations point out that the European stance to block a patent waiver, led by Germany, does not agree with the individual criterion of the 27 countries forming the bloc. Other nations, including France, Italy, Greece, Poland and Hungary have also expressed their support for the waiver. The European Parliament approved an amendment in May petitioning the European Union to support vaccine patent suspension at the World Trade Organisation.

The organisations also remind Pedro Sánchez that the European Summit will not be the only time when Spain can work to turnaround the European stance. The next G20 meeting, which will take place on 30 and 31 October, and the 12th WTO Ministerial Conference, from 30 November to 3 December, at which an in-depth debate of this topic is planned, could also be crucial.

You can read the full letter (in spanish) here.