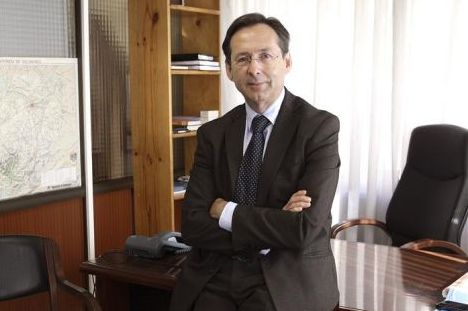 Salud por Derecho has requested all parliamentary groups represented in the Development Committee at the Congress to know their opinion of the last legislature, the achievements and the remaining challenges for the next four years.

For Gonzalo Robles, in terms of development aid, this was the legislature of cutbacks and disappointments. Let us not forget that this was going to be the legislature where we hit the 0.7% target; however, we will have ended 2011 below 0.4%. These cutbacks have not only affected the amount but also the impact of the government’s strategic initiatives like multilateral ODA, Africa, basic social services, and the overhaul of the AECID, Spain’s development cooperation agency. With these figures, the appraisal can’t be good given that the expectations that were generated by the government are far from having been met.

There should be a credible, predictable, sustainable health strategy, and indicators should be established to measure the impact of our intervention. There should also be periodic evaluations in order to ascertain impact, and progress should be made on both Public-Private Partnerships and R+D in the field of health.

The opinion of Joan Calabuig, the Socialist party’s spokeperson,  was that the approval of the 3rd Master Plan for Spanish Development Cooperation (III Plan Director de la Cooperación Española) 2009-2012, together with the Development Aid Fund (FAD) reform and the implementation of a new financial cooperation mechanism through the FONPRODE, a development promotion fund; the approval of the Spanish Development Cooperation Agency’s (AECID) statute and its management contract together with some of the country association frameworks, which set guidelines for Spain’s cooperation framed into terms of efficacy and quality aid; all stand as examples of Spain’s cooperation efforts over this past legislature, whose aim was to sustain and accompany commitment towards a gradual increase in resources devoted to this public policy.

In their programme for the general elections, the socialist party is calling for action involving all of Spain’s public policies as well as action abroad, hinging around global objectives for sustainable development, meeting the millennium development goals set for 2015, and the gradual eradication of poverty around the world.

In Calabuig’s words the effort must be far-reaching and serve to ensure continuity in the institutional efforts made in each country’s health systems, as well as in coordinating various international agencies with competence in these areas, such as the World Health Organisation. South-South cooperation must be promoted and emerging countries must be involved in health policy-related objectives, which must be aligned with the global health initiatives in this field.