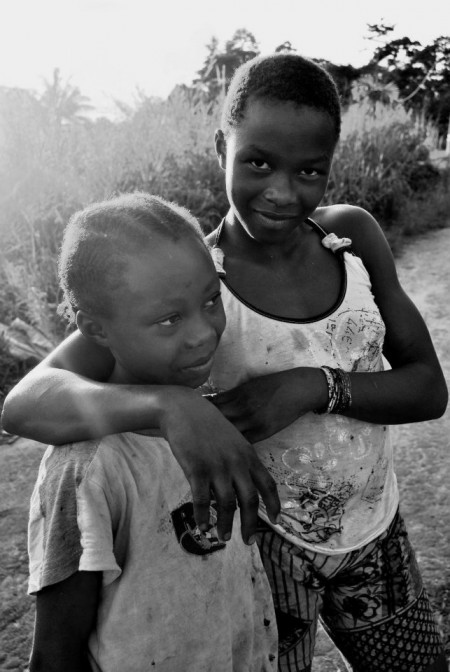 Why the fight can’t stop now

Over 30 years ago, in 1981, the first ever case of HIV was reported. As the international community was slowly beginning to discover what caused AIDS and how it was transmitted, the response of donor governments, such as Spain, was slow and in many cases highly inadequate. Thanks to the collective advocacy and mobilizing efforts of affected communities, international organizations and members of the civil society like Salud por Derecho, this reality began to change. By working with alliances to hold our government accountable and to promote the right policies and more political will and investment in the global AIDS response, we were able to mobilize much needed resources to prevent new infections and keep those living with HIV healthy.

Throughout this time, philanthropic funders have also played a crucial role in the fight against AIDS. The Levi Strauss Foundation was one of the first corporations to get involved in HIV/AIDS through direct grants, volunteerism and fundraising. Many large, well-known foundations in both the U.S. and Europe such as the Open Society Foundations, Gates Foundation, UN Foundation, MAC AIDS Fund, Rockefeller Foundation, Elton John AIDS Foundation, Wellcome Trust andLa Caixa Foundation established major HIV/AIDS funding initiatives. The leadership of these foundations and the philanthropic sector in general has catalyzed important advances in the areas of research, prevention, care, treatment and human rights protections needed for those living with HIV/AIDS.

Unfortunately, while HIV/AIDS continues to be an important priority on the agendas of some top funders, many are shifting their focus to other areas.  Key findings from the report, US and European philanthropic support to address HIV/AIDS in 2011, show that while there was a small 5% increase in combined funding from private philanthropic institutions since 2010, the funding disbursements were projected to remain relatively flat over the next years. In the US, there were few new funders to the field of HIV/AIDS philanthropy and the majority of top funders, 60%, decreased their funding to the HIV/AIDS response due to a shift to other health related issues. In Europe, while there was an overall increase in funding to HIV/AIDS among the majority of European-based funders, this funding was found to be highly concentrated among a relatively small number of donors, mostly found in the UK.[i]

At the same time, government support for HIV/AIDS has flattened. A new joint funding analysis from the Kaiser Family Foundation and UNAIDS shows that after years of sharp increases of donor government support to HIV/AIDS efforts, funding has remained essentially unchanged in the period 2011-2012. [ii]

All of this is taking place at a time when we find ourselves at a crossroads, a critical moment in the AIDS response. For the first time, thanks to significant advances made over the past years, we have the knowledge and interventions necessary to defeat AIDS. As the recent Cost of Inaction report indicates, the consequences of donors investing less in HIV/AIDS will impact the tremendous progress that has been made and could potentially lead to 2.6 million new HIV/AIDS infections per year.[iii]

The good news is that advocates are uniting to call on all donors to continue working to promote an “AIDS-Free Generation.” In a timeline that seeks to highlight the evolution of the AIDS response from the philanthropic perspective, Funders Concerned about AIDS call on the need “to strengthen our collective resolve to ensure the investments of the last three decades were not made in vain.”[iv]

Funders and programs such as the Open Society’s Global Health Financing Initiative or the Elton John AIDS Foundation are inspiring testimonies of this enduring vision and ongoing commitment to mobilize resources for health through instruments like the Global Fund to Fight AIDS, TB and Malaria.

The Open Society’s work is unique in that they recognize the importance of strengthening civil society engagement in the development of health policies in order to ensure that all voices are heard and that the human rights of marginalized groups remain a top priority. In the context of the development and implementation of the Global Fund’s new financing model, Heather Benjamin from OSF, outlines the responsibilities of the different actors involved:

“Rich countries must ensure the Fund has sufficient resources to reach all communities affected by the three diseases—not just those in selected countries. The Fund itself must create real incentives for countries to invest in the best science and in human rights programs that create an enabling environment for that science to work. Civil society must play a leading role both in delivering programs and in holding the Fund accountable to its ideals of participation, partnership, and human rights.”[v]

The Elton John AIDS Foundation works to create an AIDS free future with a vision of contributing to no more HIV infections, no more AIDS deaths, and no more discrimination. In a June 2013 article in the Guardian ahead of the G8, Elton John outlines why he continues, after 20 years, to be involved in AIDS:

“At my foundation we look at three critical measures of success: the number of people we’ve helped protect from HIV infection or from dying of Aids; the cost of this; and the sustainability of the programmes we’ve supported. Our feeling is that unless you can measure the value, and it continues to do the job after you’ve gone, we haven’t done well enough. Development aid should do at least this. You don’t abandon the investment as efficiencies start to kick in with better value for money, you don’t give up just when the science proves you can sustain it, and you don’t reduce your contribution when you know you can leverage more than double your share.”[vi]

Whether it is through investment in life-saving treatments and prevention programs, advocacy to mobilize funding and political will, or awareness-raising and social mobilization to ensure human rights protections and eliminate stigma, private funders can continue to play a major role in driving the HIV/AIDS response. In order to take advantage of the opportunities to accelerate the progress made, we need new actors on board. We need all hands on deck to ensure that the HIV response is fully funded. Together, we can work to achieve the vision of ending AIDS in our lifetime.

If you are a funder currently involved in supporting HIV/AIDS causes and programs, why is this investment important to you?

For more information about the critical moment in which the global community finds itself in the fight against HIV/AIDS, tuberculosis and malaria, click here.

[ii] Kaiser Family Foundation and UNAIDS. “Financing the Response to HIV/AIDS in Low- and Middle-income countries: International Assistance from Donor Governments in 2012.”  2013.

[iii] International Civil Society Support to support the Global Fund Advocates Network, in close consultation with the Global Fund Secretariat and its technical partners (UNAIDS, the STOP TB Partnership and the Roll Back Malaria Partnership). “The Cost of Inaction: A report on how inadequate investment in the Global Fund to Fight AIDS, Tuberculosis and Malaria will affect millions of lives.” 2013.

[iv] Funders Concerned about AIDS. “Looking Back, Forging Ahead: 25 Years of FCAA.”