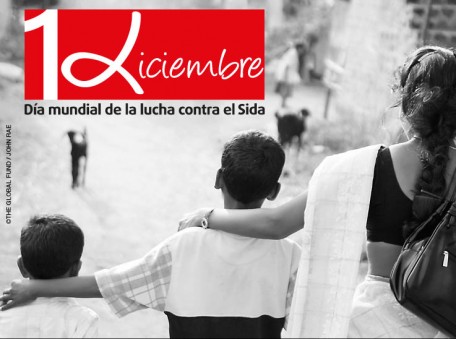 World AIDS Day 2013: Do you want the good news or the bad news first?

On Sunday, December 1st, World AIDS Day will be celebrated and this year, once again, there is good news and progress in some of the most affected countries as well as in some global indicators. However, bad news keeps coming from Spain:  the Royal Decree 16/2012 prevents undocumented immigrants in Spain living with HIV from continuing to receive the medication they need and the Spanish Government has not provided a single euro of the money committed over the past three years to the Global Fund to Fight AIDS, Tuberculosis and Malaria, which incidentally will gather all governments on December 2nd and 3rd in Washington DC in order to renew their financial commitments during a conference that is expected to be historic.

Data presented by UNAIDS in some cases is encouraging, given that it demonstrates that 16 countries in sub-Saharan Africa have managed to position themselves at an inflection point which is key to reversing the epidemic, as they have reached a situation where the number of people on treatment exceeds the number of new infections. In addition, the overall trend is very encouraging- since 2001, new HIV infections have fallen by 33% and deaths by 29%. We recommend taking a look at the UNAIDS infographic here, anyone interested in a detailed analysis of the data available can review the complete report.

But these achievements have not fallen from the sky, but are the result of decades of struggle by civil society and affected people, of scientific advances and the commitment of donor countries and international organizations. Among them, the Global Fund is recognized for mobilizing a substantial amount of financial resources to develop prevention and treatment programs and the unprecedented support of civil society. 6 million people, of the nearly 10 million in impoverished countries who need treatment, are receiving the medication they need through the Global Fund. This Global Fund infographic describes the total impact achieved to date.

So far, this is the good news. The bad news is that Spain is no longer expected to be involved in the efforts that the international community is carrying out to tackle the pandemic and take advantage of the positive results before us. We should not be deceived: the fight against AIDS is a global problem serious enough on its own to warrant the strong involvement of Spain, but the Government’s decision to not stand by this cause, contributes to the our lack of relevance on the global stage in the eyes of international actors. Anyone interested in remembering where we have been and where we are now in the fight against AIDS can read this entry from Salud por Derecho’s blog here.

On December 2nd and 3rd, the U.S. government will host the Global Fund donors’ conference, which will explain what could be achieved with the 15 billion dollars needed for the next 3 years. We’ll see what commitments countries undertake. We know what Spain’s commitment will be, as the government announced at an event organized by Salud por Derecho not long ago that they would provide zero Euros. Here are the details.

The economic crisis is not an excuse, because neighboring countries are making important contributions and there is also the possibility of the funds that would be obtained (around 5,000 million Euros per year) when the Financial Transaction Tax is implemented.  Also, what is clear is that unless the international community makes mandatory the equitable distribution of what each country should offer according to its GDP, we will continue with the same problems in financing the long-term fight against this pandemic.