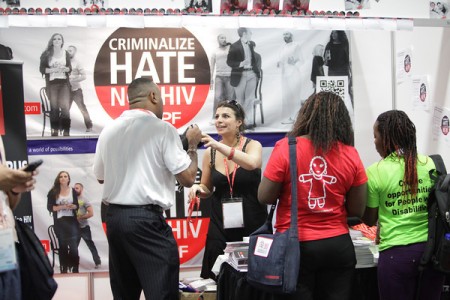 Gonzalo Fanjul discusses the results of a survey, commissioned by Friends of the Global Fund and carried out by Crédoc, which measures Spanish public opinion related to Official Development Aid and the fight against AIDS. He also highlights Salud por Derecho, which jointly organized an event with Friends of the Global Fund Europe, to launch the results of the survey as a part of its actions during the week leading up to World AIDS Day.

Whatever Happened to the AIDS Apocalypse? (Global Dashboard)

In this article, Kirsty McNeill analyzes the effectiveness of the international AIDS Movement in leading us to an era where an AIDS-free generation appears to be within our grasp. She highlights a number of key factors contributing to this success including a rights-based, grassroots approach, the importance of institutions such as the Global Fund, and the impact of coalition-building.

Promises on AIDS are not enough (New York Times)

This editorial discusses the unveiling of Secretary of State Clinton’s blueprint for an AIDS-free generation as well as the major gaps in resources and political will at both the national and international levels. Although experts know what is needed to control this pandemic, stronger investment and political commitment by the international community is necessary to ensure that an AIDS-free generation becomes a reality.

World Aids Day: the time for scaring people into action is over (The Guardian UK)

Uzodinma Iweala, a Nigerian medical doctor and MDG advocate, describes the evolution of the AIDS response and encourages advocates to emphasize the successes and challenges in fighting the epidemic rather than scaring people with images of suffering and death.

World AIDS Day 2012: Getting to the Beginning of the End (Amanda Glassman, Center for Global Development)

Amanda Glassman outlines the major advances made in the past decade in the fight against AIDS but also shows that in order to truly reach the beginning of the end of AIDS not only more money is needed but also “value for money” in order to leverage impact for each dollar spent.

In this post, Todd Summers analyzes some of the key attributes of the Global Fund’s new funding model, a critical part of a new five year strategy, which will hopefully lead to enhanced flexibility, more focused approaches on countries with the highest disease burden, and faster reviews of program grant proposals.