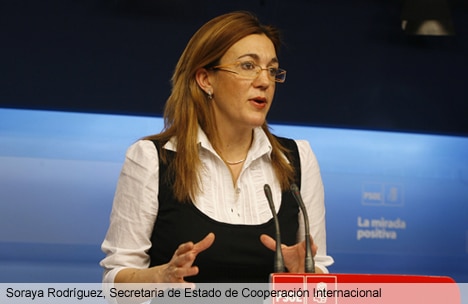 What is not compromised cannot be frozen

Soraya Rodríguez, secretary of the State for Developement, announced on February 9th and its intention to freeze its contribution to the Global Fund to Fight AIDS, TB and malaria after the news published in the media about the unjustified use of $ 34 million in 4 recipient countries. Information that had been already identified months before by the Global Fund itself through its control and audit processes and was made public. The Spanish announcement is surprising, since we do not see how a commitment that has not been done yet can be frozen. Spain should have announced their commitment to the Global Fund can be for the period 2011-2013 last October and four months later, the Global Fund is still waiting for the Spanish pledge.

Tenemos SIDA, the Spanish coalition coordinated by Salud por Derecho, considers that the Spanish government is now using these detected cases of fraud as an excuse to delay even more the announcement of his outstanding contribution for the period 2011-2013 and to justify any drastic cut in it.

We agree on the need of accountability in the countries concerned and the need for implementing measures by the Global Fund to recover the money misused and for even further strengthen the control systems and fraud detection. However, further cutting the GF’contributions, which already suffers from a chronic shortage, will make that the beneficiaries of those programs funded by the GF suffer the most.

Therefore we urge the Spanish government to establish, through a productive dialogue with the Global Fund and its Board, to consider additional measures to be taken if any of the already taken by the Global Fund are not considered sufficient, and that when that happens, Spain makes its financial commitment to the Global Fund.