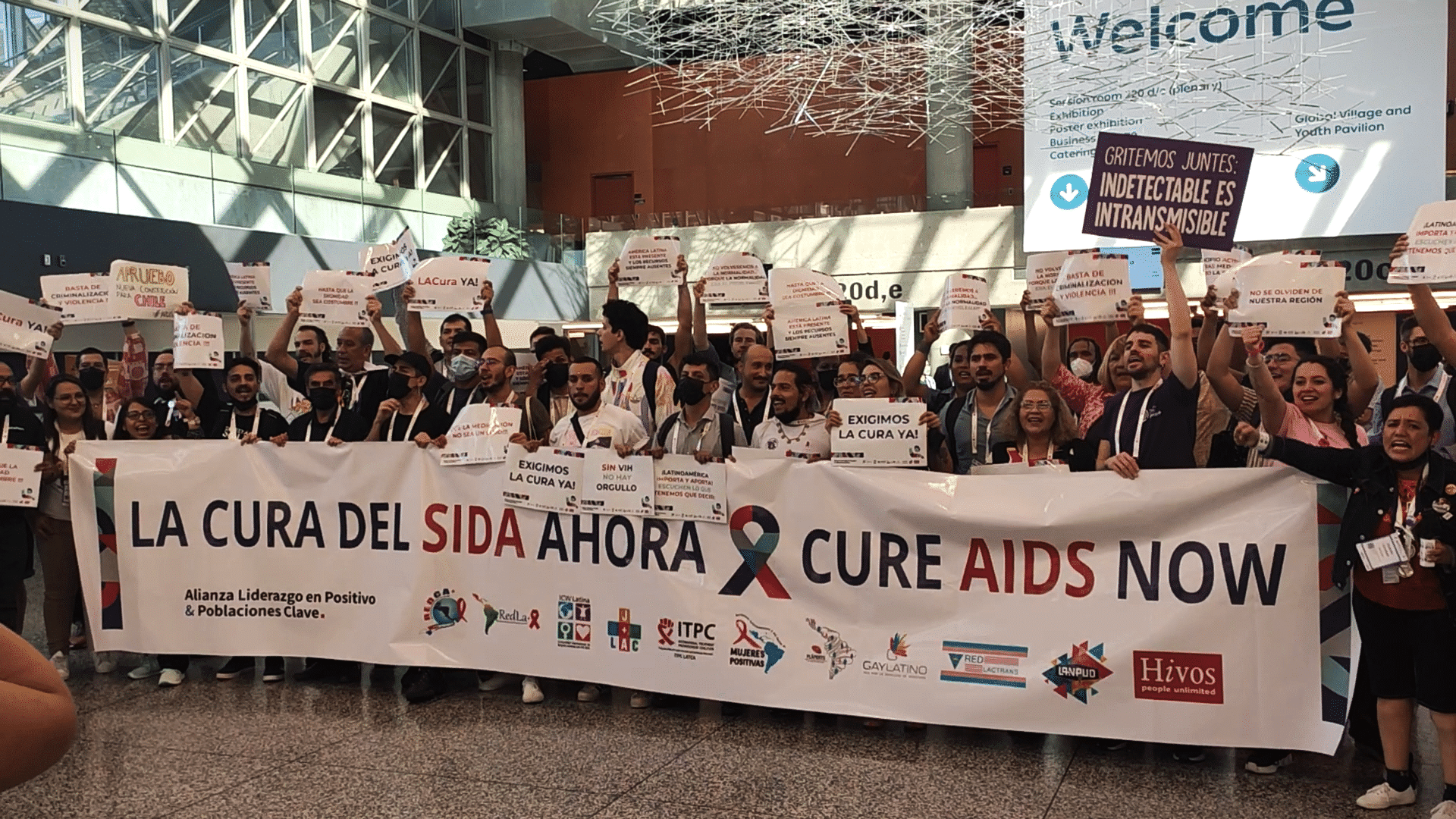 What we have taken away from the International AIDS Conference

Few weeks ago, we were in Montreal, Canada, attending the 24th International AIDS Conference, the largest meeting about HIV in the world. The event got off to a worrying start with the publication of the annual UNAIDS report, which under the title ‘In Danger’, put the international community on alert regarding the global pandemic situation.

The report is clear: the fight against HIV is faltering. Covid-19, current humanitarian crises and  lack of funding have slowed progress in prevention and treatment. In 2021 one person died every minute due to causes related to AIDS, and many regions of the world are experiencing an increase in infections, which globally reached 1.5 million (a million people more than the global goal for this year).

The conference was marked by the controversy created by the Canadian government, who denied visas to a large number of participants and delegates who were signed up, mainly from the global south. The protests and demonstrations denouncing the racist behaviour of the host country took place every day, and showed once again the huge inequalities in the fight against the virus.

“NO VISA; NO VOICE” pic.twitter.com/VzeomunBUE

Another of the topics addressed in the conference was cabotegravir, a new pharmaceutical which prevents HIV infection in people with high exposure to the virus and with a greater risk of being infected. In the first few days, an voluntary licencing agreement between the pharmaceutical company ViiV and the United Nations Medicines Patents Pool (MPP) was announced, under which a specific number of manufacturers will be permitted to develop, manufacture and supply generic versions of it in 90 low to middle-income and low-income countries, including all of sub-Saharan Africa.

The agreement, without a doubt, is good news and will be of benefit to millions of people. However, the agreement contains some shadows which we should go over: firstly, middle-income countries are left out (and therefore millions of people who could benefit from the drug). Secondly, the arrival of generic versions could take 4 or 5 years and the transference of technology or knowledge generated to be able to manufacture and develop the drug by other laboratories is entirely at the discretion of the pharmaceutical company.

While generic versions are being developed, ViiV has committed to sell the medicine at cost in the countries covered by the agreement, but the price it is going to set is unknown. The reference we have is that in the United States the price is almost 22,000 euros per person per year. According to experts, the medicine should not cost more than 50 dollars per patient/year. You can read our analysis of this topic in this article we wrote for El País.

Also important during the conference was the case of Botswana, which achieved the 95-95-95 target set by the United Nations, and the new World Alliance to End AIDS in Children by 2030, led by UNAIDS, UNICEF, the WHO, and the governments of some of the most endemic countries, with  the aim that, by the end of the decade, no minor will lack treatment for HIV; today scarcely 52% of children with HIV/ SIDS are in treatment, compared to 76% of adults. Among the goals, there is also the prevention, diagnosis, and treatment of young women and adolescents, who suffer disproportionately from the impact of HIV and new infections, especially in Africa

The conference reconfirmed the need to put the most vulnerable people at the centre of the response to end HIV, as we wrote and described in this article for eldiario.es, in which we talked about the importance of community-based organisations and peer-to-peer work in responding to HIV and the needs of key populations: men who have sex with men, transgender people, sex workers, indigenous people, intravenous drug users and prisoners, among others. In 2020, 65% of new infections worldwide occurred among these demographics and their sexual partners, a figure that outside of sub-Saharan Africa rises to 93%

New global HIV strategies, including those of UNAIDS and The Global Fund to Fight AIDS, Tuberculosis and Malaria have placed communities and organisations at the centre of the response. However, the stigma and criminalisation of AIDS and homosexual relationships in many countries, for example, are a huge barrier for the integration of communities and their populations into national responses to AIDS, in particular where it is most needed. We tell it all in this report that we wrote in eldiario.es.

The International AIDS Conference concluded with debates on all political, social and scientific levels, but with one great concern: the fight against HIV is in danger and urgent action is required. In 2021, the international resources available for HIV were 6% less than in 2010 and the response to HIV in low- and middle- income countries was 8 billion dollars below the amount needed for 2025. The international community must, now more than ever, economically revitalise the battle.

Spain must be part of that response and address global needs through the Global Fund, which, in view of the upcoming Replenishment Conference in September, hosted by the United States, needs to raise 18 billion dollars to fight AIDS and the other pandemics over the next three years. Spain, which after more than a decade of absence, returned to the Global Fund in 2019 with 100 million euros, should announce a disbursement of 180 million, in response to the increased need of the organisation and in line with the countries which surround it.

It is still possible to reach this target by 2030: in fact, ending AIDS as a public health issue would cost much less money than not doing so.