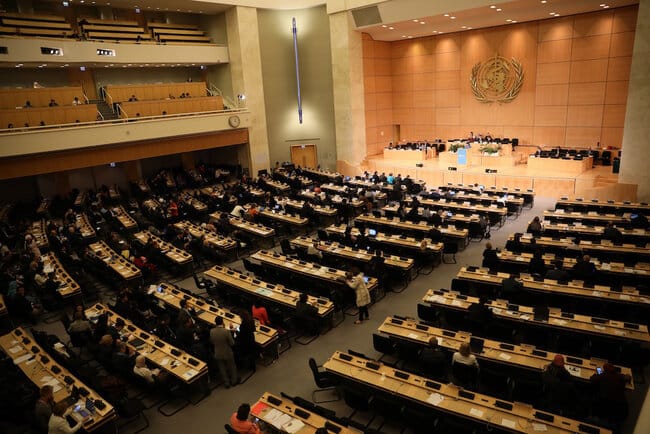 On Tuesday, the 73rd annual meeting of the World Health Assembly ended, which this year was conducted in just two days—normally lasts a week—and in which the leaders and delegates of the member states participated online. The Assembly, as expected, was focussed on Covid19 and the response to this world health crisis.

An unprecedented meeting owing to its unusual format and shortness—and with the inevitable technical problems—was dominated by the criticism of the United States regarding the handling of this health crisis by the WHO, which it accused, along with China, of lack of transparency. This same Monday, Donald Trump published a letter in which he threatened to permanently freeze—currently suspended—his country’s support of the WHO if they do not “commit to major substantive improvements” and “demonstrate independence from China” in the following 30 days.

In terms of access to health technologies for Covid19, it is worth highlighting the speakers of a large number of countries—among those that stand out are the presidents of China and France—agreed that future vaccines that are discovered for Covid19 should be “a public good”. A declaration of intent that, to not be simply rhetoric, should be put into effect with concrete measures, as we warned several weeks ago from Salud por Derecho, and as Doctors Without Borders and the DNDi reminded the Assembly in this joint declaration.

Spain, unfortunately, did not make any reference to issues of access to medicines or vaccines during Pedro Sánchez’s speech.

The World Health Assembly agreed to a resolution for the response to Covid19 that, following almost three weeks of continuous negotiations between countries, has been losing strength compared to its original text proposed by the European Union in April. The final text is too ambiguous and weak regarding the measures needed to face the challenge of global access to health technologies: To eliminate legal monopolies of the products, establish universal and not exclusive licenses, and to share the knowledge needed to expand global production of medicines, vaccines, and/or diagnostics.

The speech by the Costa Rican Health Minister also stood out, during which he again encouraged—as the president of the country had done at the start of the crisis—the creation of a global pool of knowledge and technology generated on Covid19, without clauses of exclusivity or intellectual property, so that all countries and the scientific community can make use of them.

This proposal, which was celebrated and welcomed by the WHO weeks ago, was incorporated in the call to solidarity and action that the WHO and the Caribbean nation will officially launch on the 29th of May in Geneva, requesting the countries that sign to guarantee that the results of the research funded with public funding (both at a national and an international level—channelled via multilateral organizations such as CEPI or GAVI) are available and accessible to the whole population, through inclusion of clauses and conditions in the funding agreements.

This initiative is a step forward for the international community in taking an adequate path in facing the global challenge of this pandemic. We hope that all countries, and of course Spain, join this.