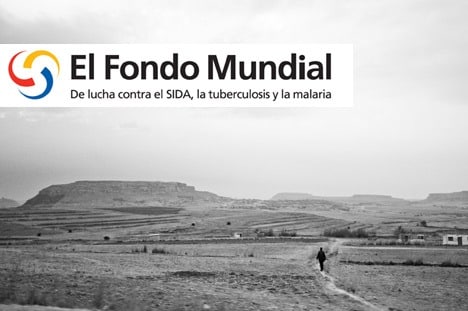 Another step in the right direction

The Global Fund suffers a financing deficit of 2,000 million dollars: without new economic commitments this year, the Fund will not be able to place more people in treatment.

After the announcement that took place yesterday in Congress by the Minister of Foreign Affairs and Cooperation, José Manuel García-Margallo, that Spain would resume its commitment to the Global Fund in the struggle against HIV/AIDS, Tuberculosis and Malaria, the Foundation Salud por Derecho and Medicos sin Fronteras (MSF) believe that this decision is a step in the right direction, and ask that the new contribution meet the urgent necessities of the Fund and the millions of patients that depend on the programs financed by this institution throughout the world.

Through 2009, Spain was one of the principal donors to the Fund. In 2010, its contribution was reduced to half of its previous commitment, and in 2011 Spain ended its contribution altogether. According to Vanessa López, director of Salud por Derecho, “the announcement yesterday is good news. The next step is for Spain to adopt an economic commitment appropriate to the grave economic situation in which the Fund finds itself.” “The Global Fund needs to recover Spain as one of its principal donors,” she added.

Salud por Derecho and MSF Spain have been working throughout the past two years so that Spain would maintain its commitment to this institution despite the crisis. The Global Fund has been able to save the lives of more than six and a half million people, which implies nearly three quarters of the global financing against malaria and tuberculosis and one third of the global financing against AIDS.

Moreover, the international community, including Spain, committed in 2011 to extending the treatment of AIDS to 15 million people by 2015, with the Global Fund assuming half of this cohort of patients. However, this past November, after the withdrawal of support from some donor countries like Spain, the Global Fund, with a deficit of 2,000 million dollars for this year, saw it as necessary to cancel its annual round of financing, an unprecedented decision in its ten year history.

In the words of José Antonio Bastos, president of MSF Spain, “the financing cuts threaten to halt the progress made to control the epidemic. In countries such as the Democratic Republic of the Congo, Myanmar or Zimbabwe, the national treatment programs that currently exist are threatened, and this is having serious consequences for the patients waiting to receive emergency treatment,” he said.

There is a clear commitment by countries affected by AIDS to offer an ambitious response, with the road paved thanks to the development of fixed dose combinations (which simplify therapy) and reduced prices resulting from the competition of generics. In addition, the new World Health Organization guidelines promote early treatment and better medications with clinical standards closer to those countries without the resources of our healthcare systems.

Moreover, in 2011, scientific studies confirmed that treatment not only saves lives but also prevents new infections. “We find ourselves in a crucial moment: we have the capacity to change the course of the epidemic, but to do so, donor countries, and Spain in particular, should resume strong and sustained support to the Fund,” indicated Bastos.

A UNAIDS study estimated that with a global investment of 6,000 million dollars more each year in AIDS programs until 2015 (the current average is 16,000 million), the international community could reach universal coverage, and that by 2020 it could be possible to have saved 7 million lives and prevented 12 million infections.

Spain made a three year commitment (2008-10) of a total of 600 million dollars. The corresponding sum for 2008 and 2009 (200 million/year) was delivered in full accordance with its commitment. In 2010, however, Spain only delivered 55% of its corresponding annual amount. In 2011, its contribution was zero.