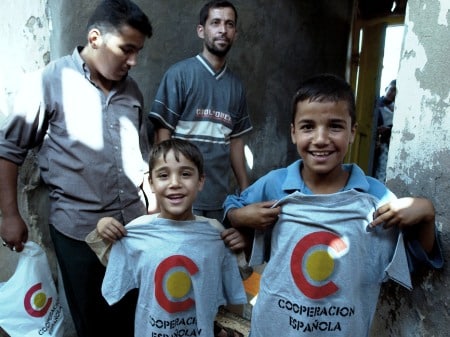 Cutting Back on Dignity

It appears that economic issues are currently situated in the eye of the storm of political and social debate, and of course, as citizens we have nothing left but to learn.  This way, we find out about what the “green sprouts” are and how they have withered, that the crisis has a long way to run, that we suffer the consequences of what they call “cutbacks” and what living a “bailout” really means. It has even reached a point where “risk premium” is common language to everyone.

The objective of economic management- family, autonomous, or national- has always been the fair administration of scarce resources. In the current situation it cannot be denied that we are faced with a considerable shortage of resources, but what is seldom mentioned are the causes and those responsible for this scarcity. This is important, more than ever, now that they are intimately related to the solutions that can be put into action.

The measures that have been adopted up until this date seem to be, almost exclusively, to cut costs. Even though it is a serious issue, it is of less importance than deciding where to make cuts. To try to justify this savage and indiscriminate reduction based on the crisis situation is a weak argument by any reckoning and it highlights the simplistic, reductionist, and short-term vision of those who hold the responsibility of managing public affairs.

It is a simplistic vision because it only focuses on a few measures, ignoring many other possibilities; it is reductionist because it is limited to depriving many millions of people of resources, without valuing the benefits that its development could entail for our own interests, as much in the defense of certain fundamental rights and values, as well as in the purely economic and commercial scope. And finally, it is short-term focused, because it is only inspired by the immediate, not the most important issues but the urgent ones, and only looking toward the next elections.

For these reasons, to consider Official Development Aid as a “dispensable cost” is a resounding error, since it is not an expense as much as an investment in the future; and an investment in justice, in equality, in dignity always ends up being profitable in the long run.

President Rajoy now demands that Mrs. Merkel follows through on her commitments and they say that the tone of his demand is increasing. How can you demand this commitment when you systematically break your own with millions of people across the world?

Salud por Derecho cannot watch from the sidelines when the right to health is being questioned in our own country, when thousands of people are thrown out of the insurance system. The measures of cutbacks, adopted by Mr. Rajoy and his government, are unjust and immoral measures. They are unjust because they discriminate against the most vulnerable groups and they are immoral because they attack an essential condition of any human being, their dignity, their right to be treated like any of their fellow human beings and cutting back on dignity always has serious consequences.

Chair Board of Directors