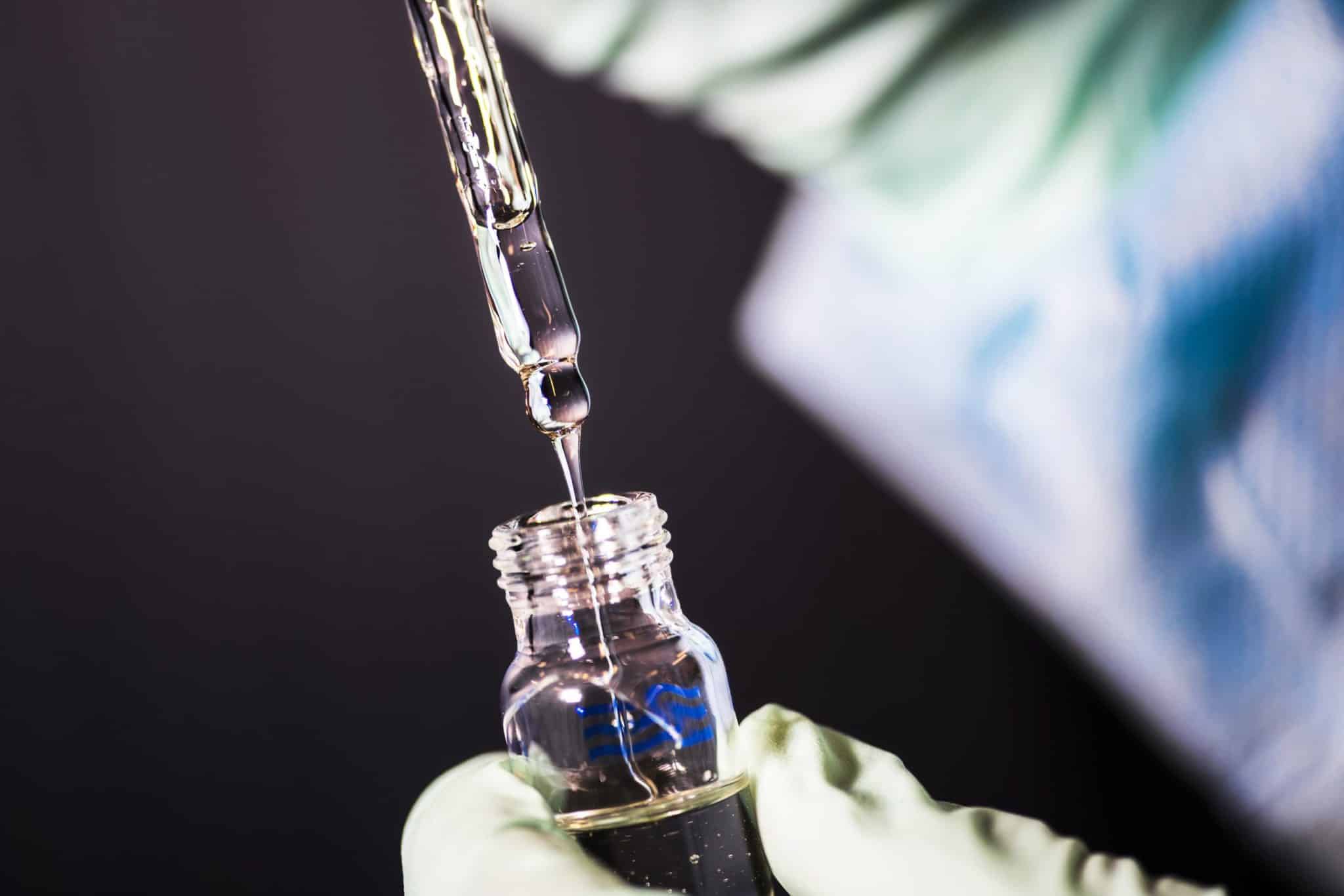 Inequalities in transparency about clinical trials results in Europe

The majority of unreported drug trial results in Europe are now concentrated within just four countries, highlighting the strong differences in regulatory quality between European Union member states, shows a new report, led by Transparimed and supported by other organizations, including Salud por Derecho.

In contrast, the number of missing results has further grown in Italy and France. In Italy alone, an estimated 1,299 clinical trial results are now missing in violation of European transparency rules. 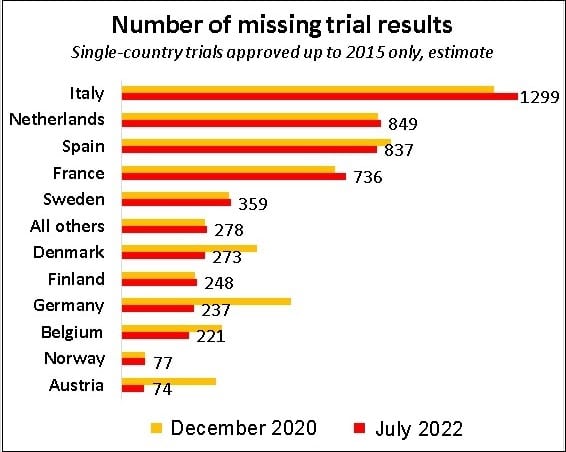 Between them, national medicines regulators in Europe have failed to ensure the publication of at least 5,488 clinical trial results for which they are unambiguously responsible.

Note: Actual figures are almost certainly higher as the estimates below include only single-country trials that were approved up to 2015.

On the positive side, strong engagement by the European Medicines Agency at the central level has boosted relative trial reporting rates across all countries since December 2020. Parallel engagement by national regulators has considerably added to this positive momentum. Germany and Austria have now achieved high reporting rates, and Denmark and Belgium have made substantial progress.

The star performer is Austria, where the national regulator’s strong outreach to trial sponsors has boosted the reporting rate from 26% to 65% within less than two years. 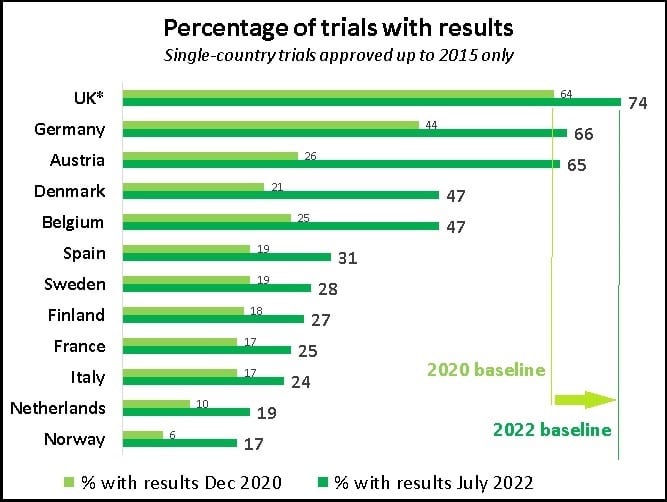 Regulators in Italy, Spain and France still be appear to be ignoring the problem, a separate report published last week suggests. In contrast, Netherlands regulator CCMO recently hired someone to chase up missing Dutch trial results.

Commenting on the report, Tilly Metz, health spokesperson for the Greens in the European Parliament, said:

“I am very disappointed in the lack of political will to ensure the transparency of clinical trials data in some member states. I am calling on them to remedy this situation and stop hindering their EU counterpart’s efforts.”

“Transparency of clinical trials data is an important basis to boost research efforts at EU level where it is needed and therefore make the best use of public money.”

“The low publication rate of clinical trial results in France is harmful to the interests of patients because it limits the information available on the safety, efficacy and actual therapeutic value of the tested products.”

“The French health authorities need to enforce the obligation to publish trial results within one year and should adopt dissuasive sanctions in case of non-compliance, as other European countries have done.”

“It is depressing to see that academic institutions continue to fail in reporting the outcomes of clinical trials that are conducted on citizens and financed with public money. Maybe the eligibility criteria for receiving funding from European programs like the Cancer Mission or EU4Health should include successfully reported clinical trials.”

Till Bruckner, founder of TranspariMED, said:

“The European Medicines Agency and many national medicines regulators have been remarkably successful at improving clinical trial reporting and thereby reducing costly research waste, demonstrating that this is a problem that can be fixed.”

“The continued apathy of regulators in Italy, France and Spain puts thousands of older clinical trial results at risk of being lost forever. Unless they reach out to sponsors now, there will be an epidemic of law-breaking in the near future, as many research institutions in those countries are completely unprepared for compliance with the new Clinical Trial Regulation.”

The full report can be downloaded here.