Almost 40 million people are currently infected with the AIDS virus worldwide; the immense majority, 90%, live in impoverished countries. Although significant progress in treatment coverage has been made in recent years, only about 50% of people have access to medicine. However, the pace of reducing new HIV cases has slowed, thus making it impossible to point towards a significant advance in this respect.

The commitment shown so far by donor countries in the fight against AIDS is on the decline. A withdrawal of international support mainly affects middle-income countries (the first to stop receiving funds) and their key populations (men who have sex with men, drug users, sex workers, transgender people and the prison population), who are stigmatized and criminalized by the conservative and repressive policies in many of these countries.

Eradicating the AIDS pandemic by 2030 is possible, but only if long-term investment increases, effective policies that promote human rights are adopted, the cost of medicines are reduced and a commitment is made to the development of an effective and affordable vaccine.

At Salud por Derecho we campaign and advocate together with national and international civil society organizations in order to:

Ensure that the Spanish government and the European Union continue to prioritize the fight against AIDS and develop the most effective policies.

Secure an adequate economic contribution from the Spanish government and the European Union for the global response to HIV, in particular mechanisms such as the Global Fund to Fight AIDS, Tuberculosis and Malaria.

Promote new R&D models and policies that result in an effective and affordable preventive vaccine and a drastic reduction in drug prices.

Ensure that the global response to the pandemic is effective, based on equality and human rights, and leaves no key population or region on the planet behind.

WHAT WE HAVE CONTRIBUTED TO:

We made the prioritization of global health and the fight against AIDS in the Spanish government’s cooperation policy possible from 2006 to 2011.

Spain became one of the biggest donors to the Global Fund to Fight AIDS, Tuberculosis and Malaria.

The Spanish government began investing in R&D initiatives to develop vaccines and medicines for “poverty-related and neglected diseases”.

This campaign began in the context of the 2015 general elections to demand that the Spanish government and its political parties make a real commitment to the global response to HIV and funding of the Global Fund to Fight AIDS, Tuberculosis and Malaria during the next legislative term.

Spain has failed to participate in international efforts to curb these pandemics in recent years. An example is the sharp decline in Official Development Assistance funds and in the funding of multilateral organizations such as the Global Fund. While Spain committed to injecting over 600 million euros to this fund over the past decade, ranking it as the fifth largest donor, it has failed to donate a single cent since 2011 and now owes 140 million euros. 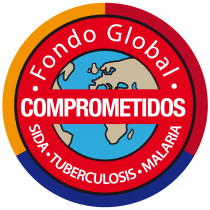