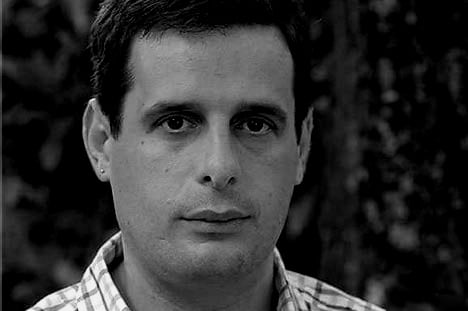 “Everyone living with HIV has the right to quality of life, whether it’s in Uganda, Peru or South Africa”

In the wake of the Global Fund Board’s decision to cancel the round 11 and exclude G-20 member countries from the list of recipient countries, Salud por Derecho has spoken with Javier Hourcade, Director of Amigos del Fondo Mundial Latinoamérica y Caribe (Friends of the Global Fund – Latin America and the Caribbean) and representative in the region of the International HIV/AIDS Alliance, to get an idea of how the decision mentioned above would affect Latin America and the Caribbean.

In next editions of our newsletter, we will include interviews with representatives from civil society in the different regions to get to know their points of view.

What is your opinion of the cancellation of round 11 of the Global Fund (GF)?

The cancellation has a heavily negative impact on nearly 90 countries that had been preparing proposals. Not only will the decision draw out implementation of key policies, such as the bolstering of community systems and human rights, and other parts of the new architecture, but it will also have a devastating effect on the feeling of safety and security of millions of people living with HIV whose lives depend on GF-funded treatment. And lastly, it sets a serious precedent in the GF that a financing round can be cancelled once it has been launched, or that the negotiation rules can change in phase 2.

What is your view on the fact that G-20 members can no longer receive funding?

I think that G-20 countries never should have received GF funds, although this doesn’t mean that this was the best way and the best time to suspend the entitlement. This sudden decision was geared to eliminate China from the GF and the 800 million grant it had been receiving when, in my view, China is the country that most needs some external funding channel for working with civil society. With this measure, the small, emerging community groups in China, which are already repressed, will be the ones to suffer the most. In Latin America, countries like Mexico, Argentina and Brazil have enough domestic funds to respond, and they have already been doing so.  All they need is one last push to increase or sustain financial support for non governmental or community based organizations. It’s up to organizations in these countries to lobby their legislators and Ministers so that this happens.

Do you think now is the time for certain countries to take on the treatment of their own citizens?

Most of the G-20 countries have not received money for treatment or vital services, but rather basically for prevention. Yet there are other middle-income countries that are not prepared for this, and major cutbacks in phase 2 or future exclusions could take a toll in lives.

Do you think the GF will undergo a change in model?

Yes. In fact the changes have already begun. The GF is pointing towards financing national strategies, towards a consolidated transformation plan, and a new strategy up to 2016. The problem is that it doesn’t have the funds it needs to achieve this, and also at times there are doubts as to whether it has the leadership or the human resources to position the ‘new GF’. What is less and less clear is what the GF’s role will be in concentrated epidemics under the new national model. Loosing this localised, strategic investment could be very serious.

With the GF’s virtual withdrawal from Latin America and the Caribbean, there will be less available funding for work with the key population, also known as Most At Risk Populations (MARPS), whether through small or localised funding. Financial organizations and regional networks will also loose their financial support given the emphasis on national funding. And as a result, other approaches will fall into oblivion, such as funding needed to tackle concentrated epidemics, to bolster community systems, and so forth.

Do you believe that the Latin America region could stop receiving any kind of international funding some day?

Have you considered how to take care of patients who are now covered by the GF if it leaves?

The GF has a policy of continuity for two years in basic services, for instance for antiretroviral drugs. Pressure has to be exerted over that period of time so that countries able to do so can take on their responsibility, and so that those that cannot urgently become a priority. To a certain extent, and sometimes not very clearly, the Global Fund Board has a clear perception of its “treatment mortgage” and I believe that many of the right decisions are not guided by the commitment not to interrupt treatment. Now, in order to curb the three epidemics, not only do those who are on treatment need to be kept on treatment, but coverage also needs to be increased over the next few years.

Anything else to add?

Having said all of this, in times of scarcity, a debate either implicitly or explicitly starts inside the implementing countries, and with it comes tension, which is not precisely strategic, translating into a “competition to determine who is most affected or poorest”. What’s more, all human life has the same value, and anyone living with AIDS has the right to quality of life, whether it’s in Uganda, Peru, South Africa or Bolivia. And this is a value reflecting international solidarity that we should never forget.