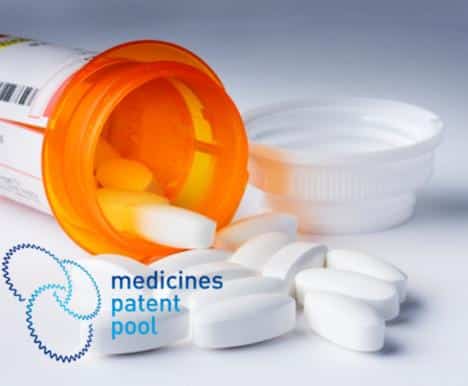 First Licensing agreement of a pharmaceutical and the Medicines Patent Pool

The pharmaceutical company – Gilead Science- has signed the first licence agreement with the Medicines Patent Pool (MPP). The agreement allows MPP to produce the HIV generic medicines tenofovir, emtricitabine, cobicistat, and elvitegravir to the MPP so that those drugs can be produced and distributed at a lower price for developing countries.

The agreement marks a historic milestone in the fight for lower prices of HIV drugs and it is a significant step forward over the protectionist positions of most pharmaceutical companies when related to their intellectual property rights. The agreement also allows the development of products that are still in clinical development and production of suitable and adapted doses for children with HIV.

However, the signed licence contains some disturbing geographical limitations. On one hand, it only allows the manufacture of generic drugs to three companies in India, thereby stopping the free competition. On the other hand, although the agreement will enable the production of generic at lower costs in nearly one hundred countries, most of them low income countries, it leaves out many other middle income Latin America and Asian countries. As have been reported by the Caribbean Latin American Council NGOs, AIDS Service- LACASSO, this limitation means that MPP will not be able to distribute the drugs in those countries thereby violating the principle of non discrimination.

Nevertheless, the licence is certainly a first great step to keep increasing the agreements with pharmaceutical industry in order to improve access to treatment in developing countries. An agreement that also has demonstrated its great transparency by making it public. However, it is essential that future agreements respect the principle of universal access for all who need it, without geographic exclusion.