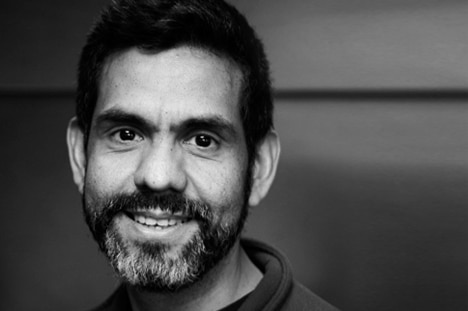 Last week the results of the RTS,S  phase III clinical trial, the largest test on children in Africa that has ever been done, were presented. These results point to the RTS,S vaccine against malaria reducing the risk of contracting the disease by 56%, and its reducing the risk of grave cases of malaria contracted by children between the ages of 5 and 17 months by 47%.

Salud por Derecho (SxD): Congratulations on the results. Achieving efficacy of more than 50% on a malaria vaccine is a highly positive result.

John Aponte (JA): Yes it is. This vaccine against malaria is the first vaccine ever against a parasite, which in and of itself is a great achievement, since a vaccine against parasites has never been attained before.

SxD: What do you think this discovery will mean in the fight against poverty-related diseases?

JA: It is a significant step forward since it’s the first vaccine against one of the diseases with the highest infant mortality tolls in Africa. The vaccine was envisaged for administering to children within their vaccine schedule, availing itself of that same distribution mechanism. This means it will be integrated into an existing system and will not entail any additional visits to the doctor. The trial’s proven efficacy and safety in administration together with other children’s vaccines marks a great achievement since in a region like Africa, whose health systems are very weak, seizing one of the very few elements of the health system that works relatively well, that is the vaccination services, has become an indispensable prerequisite for achieving widespread immunization among children.

SxD: The results presented are not yet definitive, but rather those attained after having administered the vaccination for a year. When will the final results be known? Do you believe the efficacy results will be higher in other population groups and in the longer term?

JA: The trial will conclude in 2014, and that is when the final results will be known. The results will include the vaccination’s effects in children under the age of 5 months, as requested by the World Health Organization (WHO), in addition to the effects of an extra booster to determine whether the duration of its protection can be extended.

SxD: Will it be able to be used in adults?

JA: In the preliminary phases of this trial, testing was done on adults as well as children under the age of 14 and the vaccine proved to be safe. However, it was designed to be given to children, whose mortality rate is the highest.

SxD: What role did the Maniça Health Centre play in this trail?

JA: The Maniça Health Centre played a key role in the preliminary phases of the trial, during the transition from phase I to phase II. That was when the key testing for safety was performed. And without that testing, we couldn’t have moved forward.  In this phase of the research, Maniça was one of the 10 centres in the seven African countries where more than 15,000 children have been vaccinated.

SxD: Could this same vaccine be used for the type of malaria that is prevalent in Asia and Latin America?

JA: This vaccine is designed to respond to the prototype that is prevalent in Africa, which means in could not be used in Latin America or Asia.

SxD: What steps should be taken as of now? Do you think that a 100% efficacy vaccine could be developed in the short-to-medium term?

JA: At the CRESIB several different levels are still being investigated. In the laboratory, there are several groups researching new technologies to develop antigens that work as vaccines. But this will be a difficult issue to deal with because our understanding of the parasite is very limited insofar as how it protects itself and how the antigen can produce immunization. We have to bear in mind that the research presented is based on an antigen created in the 1980s and that we are only concluding its clinical development now.

SxD: When do you think the vaccine will begin to be administered?

JA: That will depend on when it arrives and on the WHO’s recommendation. Phase IV of the research is being planned for when the vaccine is produced on a wide scale.

SxD: One of the great concerns now that the dream of a vaccine – which is only partially effective, but is a vaccine nonetheless, seems to have been fulfilled, is its accessibility and the price it will be sold at. Do you have any information on these issues, on how it will be sold and who will produce it?

JA: We are all wondering the same thing. Producing this vaccination is not cheap. The clinical testing was made possible through philanthropy and particularly thanks to the participation of the Bill and Melinda Gates Foundation. It was only thanks to their support that we could ascertain the vaccination’s efficacy. Once the WHO approves the vaccine, it will take a commitment from the international community to be able to produce it, because it would not be justifiable to have a pubic health instrument and not be able to distribute it.

SxD: Do you know what the price will be?

The price details will depend on the pharmaceutical company that owns the vaccine, which is GSK. They are aware of the fact that the vaccination is for countries without funds and they have decided to develop the vaccine clinically despite that.

SxD: And mightn’t that fact that there is a vaccine lead to a more lax use of other preventive methods such as mosquito nets?

JA: The vaccine is yet another instrument that must be used together with the other preventive measures like mosquito nets. We are aware, however, that educational measures will be needed to raise awareness among the population that, at least in the short term, the vaccine should not be a substitute for other types of preventive measures.

SxD: What about the role of Spain’s development cooperation?

JA: Spain’s development cooperation had set its sights on the Maniça Centre, and thanks to that support, the centre has been up and running ever since. Spain’s development cooperation believes in something that is not easy for many other donors, and that is investing in research. This type of investment does not bring about immediate results, but it is effective in the medium to long-term results which are much more far-reaching and effective against poverty.