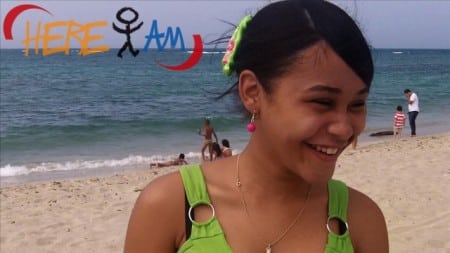 Here I Am Campaign

Earl lives in Kenya, is 9 years old and feels strong. Yevhen from eastern Ukraine smiles as he sits next to his wife. Reyna celebrates her 16th birthday with her mother in the Dominican Republic. All stories share a key aspect; their lives are closely tied to the efforts of the Global Fund to Fight AIDS, Tuberculosis and Malaria.

Stories such as these have been collected from across the globe with the help of supporters and collaborators of the “Here I am Campaign”, which is managed by the Global Fund Advocates Network (GFAN). This project aims to achieve full funding for the Global Fund. All of the testimonies presented are not only examples of how to overcome the impact of these three pandemics, but each of these stories shows that sustainable social development is possible with a little help from everyone.

On December 3rd, Global Fund donor countries will meet in the U.S. capital to agree upon the contributions that each country will allocate for the period 2014 to 2016. A key figure exists to strengthen the efforts that have been achieved worldwide in the fight against these three diseases: 15 billion dollars. Although a number of countries have already made public commitments, there is still uncertainty as to whether or not the amount needed will be achieved which will make a difference in the global response to these three pandemics.

Spain, a member of this institution which reached major donor status in the past, has not paid a single euro since 2011, despite the promise of the Prime Minister in 2012 to contribute 10 million Euros, which later went unfulfilled. This contribution would not reach 3% of the commitment made by countries such as France or Germany, but all aid to the Global Fund contributes to improving the lives of thousands of people. A contribution of 10 million Euros could provide antiretroviral treatments to more than 12,000 people a year, or would be enough to distribute more than 4 million insecticide-treated bed nets which could reduce up to 18% the number of deaths caused by malaria in children under five.

Given the inaction of the government of Spain in this respect, we encourage you to sign the petition that the Here I am Campaign and GFAN have prepared demanding States to assume their international responsibilities and commit to financing the Global Fund with the 15 billion needed for us to become the generation that will win the fight against these three pandemics. This petition seeks to reach 5,000 signatures and will be presented on November 8 in Geneva during the 30th session of the Global Fund’s Board meeting. Together, we can ensure that stories like Lorena from Honduras, which you can see below, continue to be shared.

The signatures will be directly presented at the Global Fund’s Board meeting, a body which represents all donors and in which the activities of the Global Fund are organized, decided and evaluated.