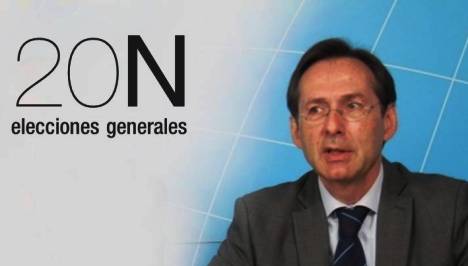 What is your appraisal of development policy over the last legislature?

Actually, in terms of development aid, this was the legislature of cutbacks and disappointments. Let’s not forget that this was going to be the legislature where we hit the 0.7% target, and we will have ended 2011 below 0.4%. And these cutbacks have not only affected the amount, but they have also impacted the government’s strategic initiatives like multilateral ODA, Africa, basic social services, and the overhaul of the AECID, Spain’s development cooperation agency. So with these figures, the appraisal can’t be good given that the expectations that were generated by the government are far from having been met.

What do you think have been the greatest achievements in Spain’s development cooperation over the last four years?

The approval of the Foreign Debt Management Act (Ley para la Gestión de la Deuda Externa) which, though it was back in 2006, reaches farther than that past legislature because it contains a mandate to reform FAD Credits. Then there’s the approval of the FONPRODE (Development Promotion Fund), and the approval by consensus in the Development Cooperation Committee in Spain’s Congress of the final report on the outlook of development policy in Spain.

What are your party’s priorities in development cooperation for the upcoming legislature?

To do so, we seek geographical, sectoral and multilateral convergence, which means concentrating on Latin America and North Africa, as well as on basic social services.

Our aim is to promote result-driven development policy, indicators, and a culture of evaluation at all levels. We want to create a modern, professional Development Cooperation Agency with management capabilities.

Other priorities would be to enhance transparency in the NGO grant system, promote Public-Private Partnerships and CSR, and to promote co-development.

In terms of Global Health, what do you think this legislature left pending?

Unfortunately, health has been one of the sectors that has been the most jeopardized by cutbacks. It had a 23% decrease overall between 2009 and 2011, and the figure is 68% if we’re talking about reproductive health over those years.

In this sense, forseeability and sustainability were lacking in the entire legislature. We have to remember that the Government of Spain went from organizing the donor pledging conference of the Global Fund to Fight Against AIDS, Tuberculosis and Malaria in 2009 to drastically cutting back its contribution.

Public-Private Partnerships weren’t developed either during this past legislature, even though a strategy to develop them was in the Master Plan. And no evaluations were done on health.

In your opinion, what needs to progress on the health agenda over the next 4 years?

There should be a credible, predictable, sustainable health strategy, and indicators should be established to measure the impact of our intervention. There should also be periodic evaluations in order to ascertain impact, and progress should be made on both Public-Private Partnerships and R+D in the field of health.

In the outlook report put out by the Sub-committee on Development in Spain’s Congress, great importance is attached to R+D, and specifically to R+D for health. What steps do you think should be taken in this regard?

It is important for R+D in health to be reflected in the next Spanish Development Cooperation Master Plan (Plan Director de la Cooperación Española) and also in the Annual Plan, but that’s not the only step.

Both R+D and Public-Private-Partnerships have already been set forth in the 2009-2012 Master Plan and in the 2010 and 2011 Annual Cooperation Plans, but in actual fact, they have not been implemented.

Therefore a plan should also be drawn up to make these two instruments effective. And in this sense the AECID annual call for projects to receive grants should specifically include this type of international development cooperation intervention.