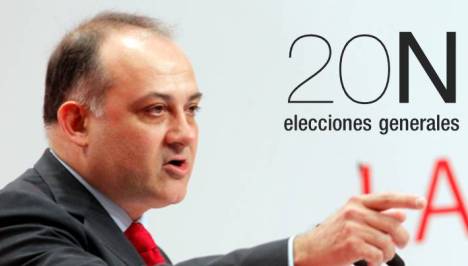 What is your appraisal of the last legislature? What do you think have been the greatest achievements in Spain’s development policy over the last four years?

The approval of the 3rd Master Plan for Spanish Development Cooperation (III Plan Director de la Cooperación Española) 2009-2012, together with the Development Aid Fund (FAD) reform and the implementation of a new financial cooperation mechanism through the FONPRODE, a development promotion fund, the approval of the Spanish Development Cooperation Agency’s (AECID) statute and its management contract together with some of the country association frameworks, that set guidelines for Spain’s cooperation framed into terms of efficacy and quality aid, all stand as examples of Spain’s cooperation efforts over this past legislature, whose aim was to sustain and accompany commitment towards a gradual increase in resources devoted to this public policy.

As has been internationally recognised, Spain has virtually doubled its Official Development Aid (ODA) since 2004, increasing it from just 0.24% of its Gross Domestic Product (GDP) that year to 0.43% in 2010. This increase has been made through a considerable effort in solidarity made by taxpayers and public institutions in Spain. Because of the economic downturn not only in our country but worldwide, the maintaining the previously mentioned parameters in the volume of aid has become increasingly difficult and the socialist government has been forced to approve substantial cutbacks as of July 2010, though in percentage terms the reductions were lower than the cutbacks applied to the rest of the General Budget. This measure set Spain’s ODA for 2011 at 0.40% of its GDP.

Spain’s development cooperation has had a decisive bent towards various initiatives related to global health and the fight against pandemics such as AIDS, malaria and tuberculosis, both in multi-lateral and bilateral spheres. The increasing specialisation and coordination of Spain’s NGOs working in the field of health bears witness to this, as does the promotion of public-private initiatives for excellence in our country that are being developed in this area.

What are your party’s priorities in development policy for the upcoming legislature?

In our programme for the general elections, the socialist party is calling for action involving all of Spain’s public policies as well as action abroad, hinging around global objectives for sustainable development, meeting the millennium development goals set for 2015, and the gradual eradication of poverty around the world.

Our aim is to attempt to consolidate the public policy begun two legislatures ago through the Spain’s Master Plan for Spanish Development Cooperation. Over the next few years our priority would be to achieve more coherence among the various policies and initiatives that directly impact development (environment, rural and agricultural development, migratory policy, R+D+i, on the social responsibility of Spanish corporations operating abroad), and involving not only public policy, but also the most innovative sectors in the private sphere in order to defend and protect global public goods such as peace, environmental quality, health, education, fair development, a gender and human rights-based approach, international justice, food security, access to drinking water, knowledge transfer, research and development, and generating dignified employment.

We in the socialist party should therefore concentrate our efforts in the near future on contributing to establishing new rules of play and distribution of power in this globalised world. Given the unfair and unequal world in which we live, these new rules should provide a response to the international financial and economic crisis’ causes and effects on increasingly broad and vulnerable segments of the population in our societies. The current dynamic has truly highlighted how deeply intertwined the developed and developing worlds actually are.

This brings us to our commitment vis-à-vis the upcoming general elections to especially promote certain global governability mechanisms serving to curb speculative financial flows of capital and prevent these flows from being accumulated by a privileged few, as this is the very process that is the underlying cause of the international financial crisis and the gradual impoverishment of our societies. This commitment is coupled with that of maintaining our internationally agreed pledge to move towards the goal of 0.7% for ODA in the year 2015 as the economy progresses and recovers. We specifically stand behind mechanisms such as the implementation of a tax on international financial transactions and urgent regulation of the so-called  “futures markets” referring to basic commodities. The price and availability of food are at the root of the terrible famines currently scourging vast regions and the poorest populations around the globe. Tax evasion and illicit trafficking in capital must also be avoided, while in order to raise revenue and finance public policy in areas like health and education in the middle-income countries where Spain works, tax systems must be reformed and corruption must be combated.

Insofar as sector and geographically-based approaches, we are focusing our efforts on the most vulnerable population in Sub-Saharan Africa, Haiti, and the Mediterranean region, and making progress on the commitment to devote at least 25% of Spain’s ODA to the World Food Programme (WFP). Efforts must be made to ensure it is properly distributed in order to cover basic social services such as health, education, gender equality, and the extension and coverage of sexual and reproductive health services for women. In Latin America, we will continue to bolster governability, tax reform, and social cohesion programmes as well as priority of action aimed at recognition and participation of indigenous peoples through actions aimed at reducing the inequality gaps in the region.

While there must be coherence in policy, improvement in the impact, quality, and efficacy of both human and material and institutional resources devoted to Spain’s ODA, results must also be obtained in a human rights-based approach to development. The socialist party’s lines of action in this new period will be marked by monitoring, evaluation and accountability. Together with involvement from Parliament and consultation and policy dialogue mechanisms involving the various actors in Spain’s development cooperation, such as the Cooperation Council  (Consejo de Cooperación), Spain’s policy must rely heavily on the participation of organised civil society, whose influence has increased hand in hand with the bolstering of this public policy over the last few years.

In the outlook report put out by the Development Sub-committee in Spain’s Congress, great importance is attached to R+D, and specifically R+D for health. What steps do you think should be taken in this regard?

Indeed, the recent parliamentary subcommittee’s report on the outlook for Spain’s cooperation, published on 29 September, has brought to light the importance of public-private-partnership in our country. And this involves joint action from universities, applied research departments, and knowledge and health care transfer departments which, together with support from public and private funding, stand as good proof of the personal commitment and coordination among teams of prestigious health professionals and Spain’s cooperation system.

This means that one of the comparative advantages of Spain’s development policy is clearly linked to the Health Agency and to significant progress made thanks to a concerted strategy in health, and to coordination between administrations involved in research and application of a vaccine against malaria. Progress has also been made in access to drugs and preventive health programmes related to HIV/AIDS, tuberculosis, and tropical diseases.

In your opinion, what needs to progress on the health agenda over the next 4 years?

The challenge posed in the future is to contribute to continuity and greater predictability of resources devoted to global health policies. Their quality and impact must be improved within the framework of the principles agreed in the Aid Effectiveness Agenda and by meeting Millennium Development Goals 4 and 5 on the improvement of maternal health and the reduction of infant mortality and Goal 6 referring specifically to the fight against pandemics such as HIV-AIDS, malaria and other serious diseases. Our commitment in the Socialist Party is for Spain’s development policy to continue to progress in the context of a joint decision-making process regarding cooperation in health, based on knowledge, best practices, and the complementariness of actions. The effort must be far-reaching and serve to ensure continuity in the institutional efforts made in each country’s health systems, as well as in coordinating various international agencies with competence in these areas, such as the World Health Organisation. South-South cooperation must be promoted and emerging countries must be involved in health policy-related objectives, which must be aligned with the global health initiatives in this field.