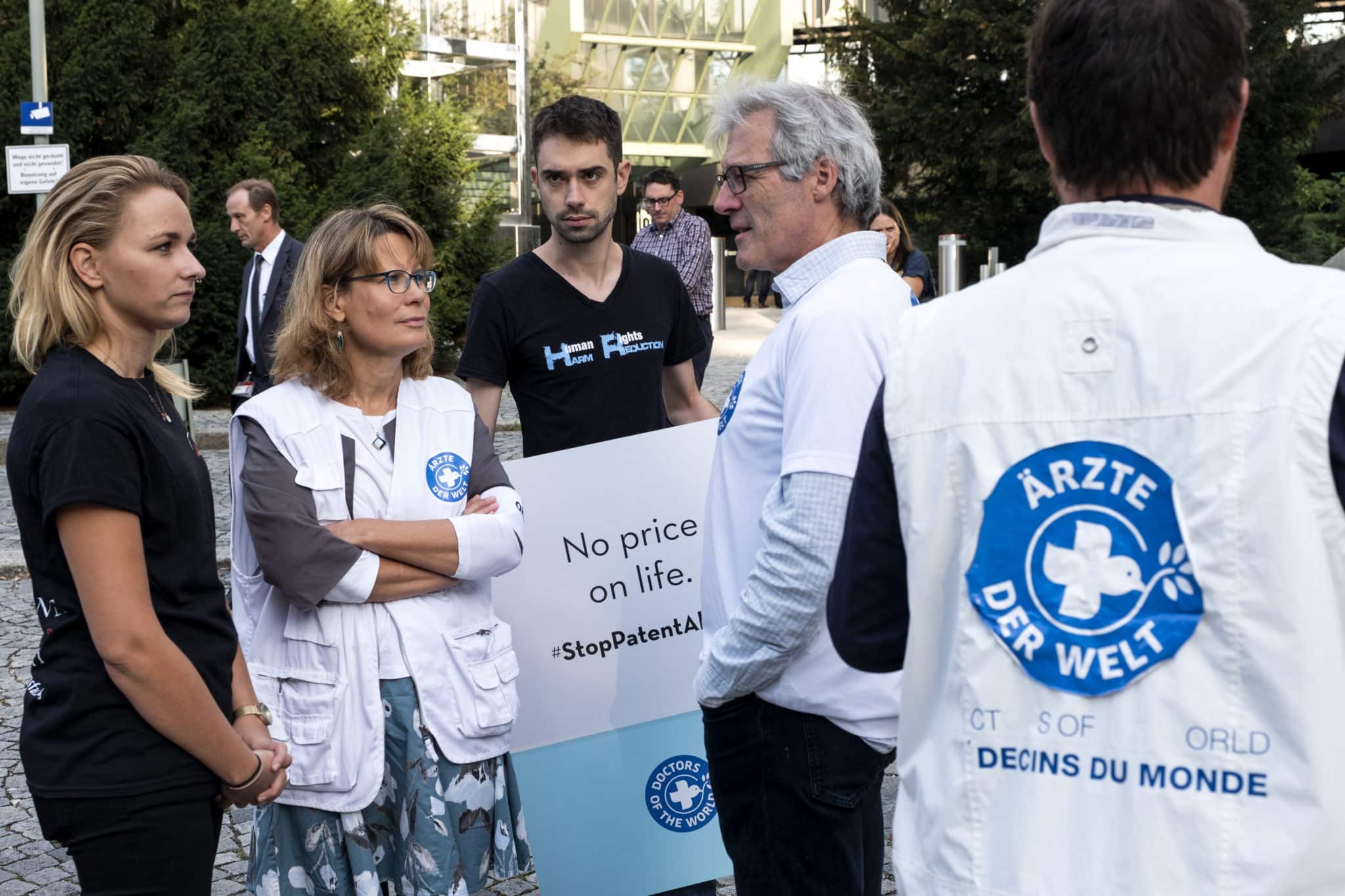 “The opacity in the medicine market is antidemocratic”

On December 3, the National Assembly of France adopted the final text of the Draft Law on Social Security Financing, which included a historical amendment on transparency in public contributions to research and development (R&D) of medications.

For many civil society organizations that work in health and transparency, the adoption of this amendment marks an important turning point, although they remember that the road ahead is still immense.

Today we speak with Juliana Veras, (Universities Allied for Essential Medicines), and with Théau Brigand (Doctors of the World), to understand the details of this amendment and the near and future consequences of greater transparency in R&D in health.

When and how is the origin of this amendment?

The whole transparency campaign began with the World Health Assembly and the transparency resolution in May 2019. The French access to medicine movement (MdM, MSF, AIDES, France Assos, Santé, UAEM, Prescrire, Act-Up Paris and so on) had called on the French government to commit to the resolution and support transparency on the drug market.

Following this commitment, we have worked to transpose this international resolution into French law. We have contacted MPs and relevant ministries (Ministry of Health, Ministry of Research and Ministry of Industry) to work on concrete options to implement the transparency resolution. Transparency on public R&D was one of them.

Why is this amendment ‘historic’?

The amendment obliges companies to disclose the public funding in R&D. With this amendment, we want to demonstrate that public research is significant on the development of new drugs, and that it is particularly present when the risks are most significant, at the beginning of the R&D cycle. The aim is to enhance the value of public research, and to organize a form of accountability, particularly on price and access.

As of today, we do not know the amount of public research on the drugs that are coming on the market. All we know is that states and health systems invest a lot and strongly support scientific and biomedical research. These investments must be valued.

There is figures about the public investment in the R&D in health in France?

It is challenging to trace how much France invests in health R&D since it involves many forms: tax credits, support for private research, investment in universities, support for foundations and associations… These different measures are also managed by many different institutions, which does not facilitate accurate and accessible traceability. That’s also why we need some new transparent tools to better monitor how the public investment in R&D.

And there are public investment criteria or conditionalities in the agreements between pharma industry and the public administration during the transfer of knowledge among them?

About the conditionalities and transfer of knowledge and technologies, it is an emerging debate. We already have few experiences about what some good practices could be. For example, Généthon, a French charity focused on designing gene therapies for rare diseases, funded some research on a therapy for young children with spinal muscular atrophy (SMA) and AAV9 vectors. It leads to the discovery of a new therapy: Zolgensma®.  The charity holds several key patents that were licensed to AveXis, a company that commercialize Zolgensma®. But today, AveXis and Novartis, are asking 2 million dollars a person for the therapy, making it the most expensive drug in the world. However, Généthon included a reasonable pricing clause in a licensing contract that was signed with AveXis : “Licensee will use Reasonable Efforts to make available within France all the Licensed Products indicated for SMA at prices that would allow appropriate reimbursement scheme and that would not constitute an obstacle for patients to have access to the therapy.” Therefore, we will see how this clause will impact the market access and price negotiations of Zolgensma in France. How does it work? Is it effective? How could we strengthen this kind of clause? There is a lot to learn from this case.

Next year, the French parliament will discuss a bill on R&D policies. Some civil society organisations want to take this opportunity to better discuss about how this kind of conditionalities could be implemented.

Which implications this amendment could have in the next years?

We will need several months to really understand the implication of this amendment. We introduced a general principle in the law, but we now have to work on the concrete application. A decree will define what is included under public research: public grants? Tax credits? French R&D of course, but what about European R&D? And what about the R&D by foreign countries such as Spain, Germany, the US and so on. We want it to be as exhaustive as possible, but we will have to negotiate it with the administration. And we already know that the pharma lobby will also negotiate to make the scope of transparency as little as possible.

From there, there is several implication that we are expecting. First, it can demonstrate that the traceability of public fundings is feasible, therefore, the same can be ask from private fundings. The firms always explained that it’s not possible to know how much was invested in the development of a single drug. We can demonstrate that it’s doable.

Second, it can help illustrate that the drugs are not only developed by public firms, but also by the public sector, that will intervene when the risks are at the highest. And it needs to be considered in the price negotiations. The public sector can’t pay twice for a single drug, first to develop it, then to access it. We want to organize a form of accountability regarding public R&D. As long as a drug is developed with the help of the public sector, it should imply a sustainable access and a reasonable price.

Last, we see in this amendment a first step toward full transparency. It is a cultural, as much as a democratic battle. Citizens must have the opportunity to understand what they are paying for.  The opacity on the drug market is undemocratic. The health system and the state must be accountable for their use of public ressources, and accept citizen control. This amendment will contribute to this.

What barriers or oppositions did you find during the way?

The main barrier we faced was by the state itself. Even if we manage to get France to endorse the transparency resolution, we still have a long way to go to make the political and administrative stakeholders realize that it is possible, but also necessary. There is a strong consent to the current system, to the lack of transparency and high prices. This consent is both because there are some industrial policy issues at stake, but also because it’s difficult to think of a new, and more democratic system. When speaking with the CEPS (Comité économique des produits de santé), that negotiate the french prices, they really think that the current, system, excessively protected by business secrecy, allow them to negotiate better prices. And maybe it’s true, but we don’t know for sure because we know nothing about the real prices.

We hope State’s recognition that there is a problem regarding drug prices will help unlock the debate on responsible models of R&D, one topic we have also confronted a barrier to develop with the State. In France, for instance, we have this strange paradoxe, in which, on the one hand, we have seen French actors having a major role in the creation of DNDi, an organization created 15 years ago. On the other hand, our attempts to discuss with State actors the implementation of such experience at the national level have been completely unheard. It reasserts the precedent idea, that there is something bugging in the democratic process, in the quality of the dialogue between civil society and the State.

Do you think this amendment is (or should be) ‘exportable’ to other countries?

Yes, of course. We have this growing understanding among the organisations that are part of the European Alliance regarding the public benefits of R&D transparency. It could also help gather some more data about public and private fundings on R&D, to better understand how the drug is developed and the real costs. We also need more transparency about patents, clinical trials, production costs, real prices and so on. If some other transparency measures are implemented throughout the world, we will gain more knowledge about what we pay for, and better understand what would be a fair price that could ensure sustainable access to real innovations.