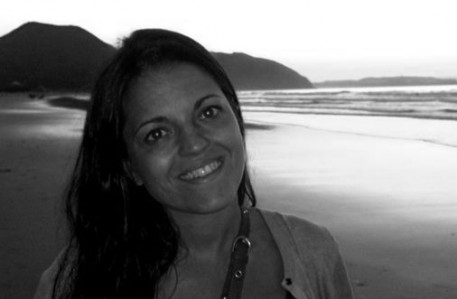 Maria Pilar Ruiz, Internist, regarding her opinion of Real Decreto 16/2012

In order to learn more about the perspective of some health professionals in Madrid regarding the health care cuts and the Real Decreto Ley 16/2012 (RDL), we spoke with Maria Pilar Ruiz, an internist who worked until three months ago at the La Paz Hospital in Madrid. Most recently, she has been working in Equatorial Guinea, collaborating with an HIV project organized by the Carlos III Institute and funded by the Spanish development agency, AECID.

SXD: What, in your opinion, are the most immediate consequences of RDL 16/2012 and what do you think will be the long-term impact on the lives of those affected?

MPR: I think, for starters, it is dangerous because it will be difficult to help people understand the consequences. First, we all pay for our health system (even those who do not work or are we going to remove a streetlight each time an immigrant or unemployed person passes by because they supposedly do not pay to have light?) Second, it is not expensive (it’s the cheapest in the EU if you look at the comparative tables across countries); it is not inefficient (all countries consider it one of the best) and it is not unsustainable (because if not, private companies would not be thinking about profiting from it). These lies have been “justified” to the people, but it is more a xenophobic response and a way to create differences between people. This is what the RDL is doing, establishing differences between the insured and uninsured. And they are attacking the most vulnerable, leaving them without the right to health, which is basically the right to life.

SXD: How are health professionals in Madrid (and Spain) responding to the application of RDL 16/2012 and the recent cuts in health care?

MPR: Well … it depends on which professionals. In general we are a rather “quiet” and “very unproblematic” group for the authorities. However, I have found that in the hospital when professionals have access to all the information (not just what is received through the media), they are against this RD and collaborate to repeal it, and in civil disobedience against it as well. Many have also joined the platform “Yo Sí Sanidad” or other associated health platforms related to the 15M movement publicly denouncing this crime. The problem is that many professionals are afraid … they have families to support and today their jobs are not fixed, so all this is done quietly, without attracting much attention.

SXD: How does the law affect your daily life and the quality of care and services you can offer?

MPR: In everything! Given that my job is not working in the emergency room (which is where everyone is indeed attended), it is in the follow up and successive consultations that are the most affected. When I left the hospital, we were beginning to see the first cases of people “with doubts to be addressed.” In HIV, this has been less striking because the state pledged to continue to treat these patients (the public health problem posed did not “cut the tap” for this group). However, people undergoing chemotherapy, patients in psychiatric treatment, surgeries … Already being done! Or they are warned that they will receive the invoice for it. Thanks to the hospital’s ethics committee and the social worker, these cases are reduced… However, I do not know how much longer they will be able to stop this “avalanche” of unattended cases that is looming…

SXD: What alternatives would you propose to deal with the current health situation?

MPR: The repeal of the RD of course! And until that happens, civil disobedience (which is not in reality disobedience as the law has lost all legitimacy because it goes against fundamental rights, it is only a law that is imposed and undemocratic). If the government goes crazy, as has happened more often in the history of mankind, then people must respond with common sense. Professionals must respond through conscientious objection, seeing patients by all means (aided by administrators, nurses … who should also disobey). People must get out on the streets without fear and creating social networks and accompanying workshops for these people who have lost their right to the basics. Disobedience is necessary because if we do not disobey, not only will those who are not being served die, so will we who are complicit. How to improve the quality and efficiency of the system? By being united, avoiding individualism and social division, which is the aim of this RD. Unity is strength. Let the “individual” do their work (that is to say, each person offering their individual contribution, the best of oneself, with the highest human and professional quality) and think more of the “common good”. This way we will avoid behaviors among health professionals and consumers that have given some reason for those who say they “lead our country,” to think that health care should be improved.