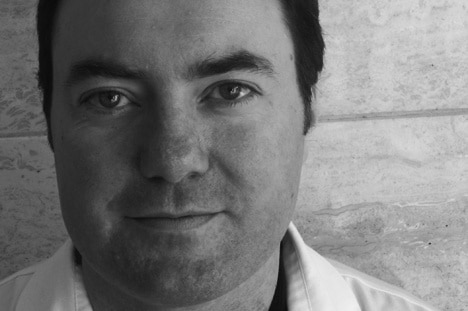 Diseases such as AIDS, tuberculosis and malaria constitute a serious problem at the global level. These diseases have a high prevalence rate and affect millions of people who live principally in the poorest countries. In the case of AIDS, its prevalence reaches close to 30% in some regions of sub-Saharan Africa and close to 70% of the infected population at the global level (more than 22 million people) is concentrated in these regions.

Poverty-related diseases in underprivileged areas pose a grave health problem that directly affects the quality and the life expectancy of the population affected. But also, the health costs that these patients require constitutes an enormous burden that the majority of these countries cannot deal with. With a high proportion of the active population ill and generations of children diminished by these diseases, the long-term future of these regions is seriously compromised and therefore, effectively combating these diseases is an essential requirement for the socioeconomic development of these countries.

Obviously not; in light of the incidence of these diseases in impoverished countries for so many years, it is evident that there has not been sufficient investment in the research needed to cure or diminish their incidence. To give a practical example, of the economic resources invested annually in the fight against AIDS in the poorest countries, only 1% is dedicated to research and more than 70% of these resources should be used for the treatment and care of patients with HIV. A strong commitment to research into these diseases would enable investigators to find vaccines or treatments that would drastically diminish their incidence, which would greatly reduce the long-term need for resources to treat and reduce the diseases in affected patients.

When it comes to diseases that affect not only poor countries but also more developed ones (as in the case of AIDS), there has indeed been a great research effort that has been fruitful. In fact, in western countries, HIV infection has passed from being a deadly disease to being a chronic infection, and the mother-child transmission of the virus has been totally eradicated in these countries. However, it is necessary to continue researching treatments and solutions to these diseases adapted to the available resources of the most disadvantaged countries, since the medicines and therapies developed up until now are very costly and are not able to reach everyone who needs them.

Discovering new treatments, especially preventative vaccines, would have a clear impact in stopping the spread of the disease. The discovery of vaccines has constituted one of the greatest biomedical research milestones enabling the complete eradication of diseases such as smallpox and greatly reducing the incidence of others such as polio. The development of vaccines against these poverty-related diseases would prevent new infections and surely control the epidemics associated with them. A reduction in their incidence would have a direct impact on the life expectancy of people in those countries and would greatly improve their socioeconomic situation.

The Framework Program has played a key role in the development of biomedical research in Europe. The financing of projects through this program has enabled many research groups to develop their work, which in many cases has come with a clear and direct benefit in the treatment or prevention of different diseases. HIV infection research is one of the disciplines that has clearly benefited from this program and has had great achievements in increasing the life expectancy and quality of life of infected patients. The new Framework program (which is called Horizon in its new edition) seeks to increase by more than 40% the economic resources destined to this program, which represents a clear and strong commitment for research on the part of Europe.

Spain, as member of the European Union, should align itself with other member countries in promoting and supporting policies directed at encouraging research. A strong commitment to investing more resources in research could have great long term benefits by contributing to the eradication of different diseases not only in our country but also at the global level. We cannot forget that Spain has been one of the European countries that has been most punished by the HIV infection, and the development of new therapies or vaccines for these diseases would not only resolve grave problems in the poorest countries but would also directly benefit all countries where this disease continues to have a high incidence rate.

The European Union constitutes one of the greatest economic powers at the global level, and as such, it has to adopt a responsible attitude of solidarity with the most impoverished countries. It is its responsibility and that of international organizations such as the WHO to take serious the problem that these diseases pose for the countries where they exist. The unequal distribution of resources creates a situation where these countries do not have the resources or means necessary to control these epidemics, and Europe as well as other developed countries have the technological and scientific capacity necessary so that by carrying out a major research effort these diseases can definitely be resolved.