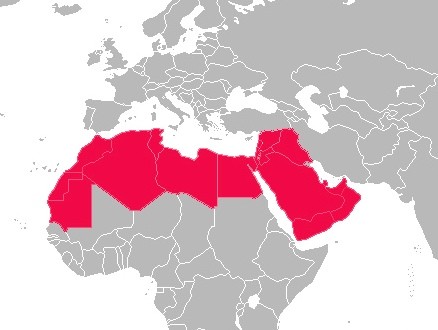 Salud por Derecho, IF Global, and Friends of the Global Fund organize a conference on “The Global Fund’s Fight Against AIDS, Tuberculosis, Malaria, in the Mediterranean Region.”

Last year on May 21, various government and international institutions, including the Global Fund, and groups from the private sector, civil society, and other agencies, met in Barcelona to analyze the trends of these three pandemics in the Mediterranean region. The group discovered a few particular challenges facing the current fight against AIDS, tuberculosis, and malaria. Cultural and social factors, but above all, the legislative frameworks that govern the different countries that make up MENA (Middle East and North Africa), make it difficult for vulnerable populations to access services and programs meant to fight AIDS, tuberculosis, and malaria, and explain the rising incidence of those diseases in some countries. According to a regional report released by USAID in July 2013, the main factors for why MENA has become one of the two regions with the highest growth of these three epidemics are the stigma attached to the disease and discrimination, which make it difficult for civil society organizations to access vulnerable populations. UNAIDS reported that, between 1995 and 2008, only 4% of the diagnostic tests performed in the region were made within the most vulnerable groups.

During the meeting, “The Global Fund’s Fight Against AIDS, Tuberculosis, and Malaria in the Mediterranean Region,” issues, such as the difficult realities faced by drug users or men who have sex with men in the region; the difficulty of managing these three epidemics in countries plagued by conflict, like Syria; and how the Global Fund is contributing to the fight, were presented. Further, it was a good moment to point out Spain’s lack of contribution to the Global Fund, having not paid the 10 million euros which it had promised in 2012. Francisco Quesada, Executive Secretary of the Cabinet of Cooperation and the Spanish Government’s representative at the meeting, offered a debt swap as one possibility for Spain to resume its contribution, but the plan was still in an exploratory phase. This discussion also emphasized the opportunity presented by the Financial Transaction Tax, which will enter into force in 2014, and whose funds, many political actors and members of civil society argue, should be allocated to social assistance programs and the fight against poverty. Special mention must also be given to the case of Italy, which in spite of being hit heavily by the financial crisis announced its commitment to the international organization and a contribution of more than $135 million for the period 2014-2016.

The World Fund will continue to play a crucial role in achieving a future in which AIDS, malaria, and tuberculosis become controlled epidemics. Therefore, donor countries’ fulfillment of their commitments is essential.