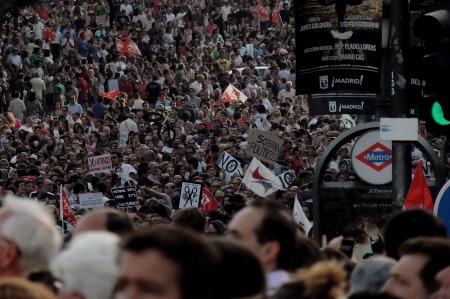 It is ironic that at a time when global leaders are debating how to expand Universal Health Coverage, and certain low and middle-income countries such as Indonesia and Ethiopia are making strides to move toward basic health protection, countries such as Spain have decided to do just the opposite.

On September 1st, 2012, the so-called Real Decreto-Ley 16/2012 went into effect, seeking to initiate a range of “urgent measures” to guarantee the sustainability of the Spanish national health system. While its full impact has yet to be seen, this law effectively excludes certain vulnerable groups from receiving health care, such as immigrants without resident permits but who are awaiting administrative authorization as well as Spanish citizens older than 26 years old who have never contributed to the Social Security System (i.e. university students, people with less than 65% disability). In an attempt to strengthen the “quality and security” of its health services, the Spanish government has in fact unreasonably reduced health coverage for at risk groups, creating new barriers that generate exclusion. Indeed, the measures included in RDL 16/2012 go against the duties set out in the Spanish Constitution to organize and protect public health through preventative measures and necessary services and infringe on the right to “the highest attainable standard of health” guaranteed by the International Covenant on Economic, Social and Cultural Rights.

Since this law was passed on April 20th, several civil society organizations, particularly those providing direct services to immigrants and associations of health professionals, have sought to respond to the needs of those who have been excluded from receiving health care. One of these groups, Yo si Sanidad, a civil disobedience campaign by health care professionals and their supporters, has worked to provide reliable information and establish groups to accompany individuals requesting the right to health care and access to medicines.

Salud por Derecho met with Begoña Arias, the Coordinator of Social Intervention and Job Training at Pueblos Unidos, a Jesuit organization providing direct services for immigrants as well as engaging in political advocacy around the rights of domestic workers and those in CIEs (Immigrant Detention Centers). Pueblos Unidos has sought to provide a reliable, coherent response to the Real Decreto by designing a Health Reform Guide, supporting other networks that have taken leadership, and seeking to strengthen the accompaniment groups in the areas of Madrid where they operate residential programs. They have identified that one of the most apparent effects of the law’s implementation has been that there are fewer immigrants accessing health centers out of fear and that this is having an impact on the prevention of illness.

When Salud por Derecho began its work in 2004, we never could have imagined that the right to health in Spain was something to be debated. Unfortunately, we find this to be the case today, and while our mandate has focused on political advocacy to defend the right to health of people living in impoverished countries, we fully support the efforts of Spanish Civil Society Organizations and Movements that demand the full realization of the right to health for all people, with or without papers, who are currently being denied this fundamental human right.