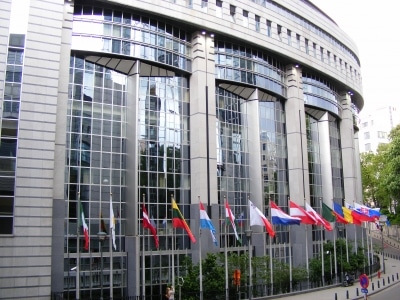 A few weeks ago, there was news relating to the Financial Transactions Tax (FTT) that differed greatly from what the media has recently said on the subject. The large sums of money that financial lobbyists are spending to advertize the alleged negative effects of the FTT have not been enough to sway the European Parliament. Last Wednesday, Anni Podimata, the Greek MP at the European Parliament, received widespread support for her report on the FTT, with 522 votes in favor, 141 against, and 42 abstentions. This clearly shows that the eleven States of the EU that want to introduce this tax are not willing to let pressures from the financial sector paralyze the initiative.

The eleven countries* that have employed the Procedure for Reinforced Cooperation to implement the FTT understand that the tax will produce great benefits. Not only will it help check dangerous speculation in the financial sector, but it will also raise more than 34 billion Euros.

Despite this good news, it still too soon to declare victory. Attention has shifted back to the eleven European countries, for it is they who will decide how the tax is designed and what it will raise money for. From civil society’s point of view, what we want is for the final proposal to be as similar as possible to the proposal that the European Commission originally presented and which was quoted in Podimata’s Report: to apply a mere 0.1% tax on the sales of stocks and bonds, and a 0.01% tax on derivatives.

There is still a lot left to discuss regarding how FTT funds will be employed, but there is no time to lose, for the tax is scheduled to be implemented on January 2014. Civil society organizations like us expect the funds to be used to address the world’s most pressing problems, like inequality, poverty, climate change, and HIV/AIDS, both in Europe and in developing countries. One of the proposals on the table calls for 5% of raised funds to be used for issues of public health, especially the fight against AIDS, malaria, and tuberculosis. This would generate 250 million Euros a year that Spain could use to save lives and, simultaneously, meet some of its unfulfilled promises with regards to global health.