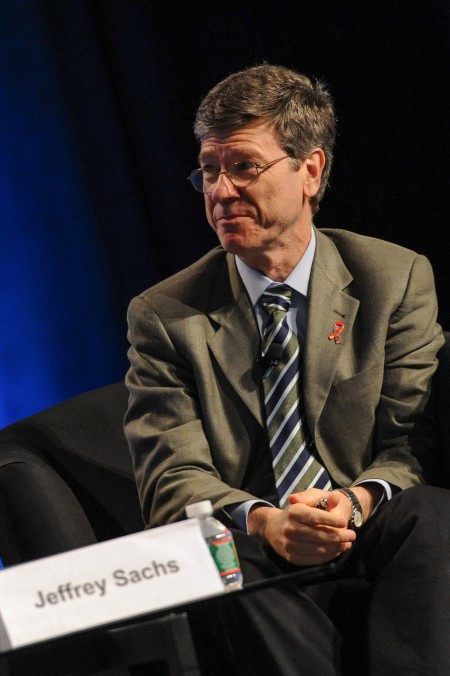 The role of emerging countries in the fight against AIDS

One of the panels yesterday at the International AIDS Conference discussed the role emerging countries play in the fight against HIV / AIDS. In addition to ministers and experts from some of the BRICS countries, the renowned American economist, Jeffrey Sachs, was invited to the panel.

Regarding the role of emerging countries, the representative of South Africa stressed that one third of the people living with HIV worldwide are living in his country. For this reason they feel the responsibility of being one of the countries that must lead the fight against the disease. The statistics presented on the progress of South Africa were very positive, among them the reduction of mother-to-child transmission, which has fallen from 8% in 2008 to 2.7% today. Their goal is to reach 0% in 2015.

Like South Africa, the progress presented by Brazil was very encouraging – for example the fact that all citizens diagnosed with HIV have cost-free access to antiretroviral treatment. Brazilâ€™s pioneering efforts in the creation of generic drugs was also highlighted, as well as its current domestic production and the impact this has had on the price of HIV treatments internationally.

In addition to the statistical advances presented by the representative of China and the one from India, both experts agreed that one of the most important challenges is the stigma which still surrounds people with the disease in their countries. The representative of India made a special appeal for the need to create a platform to promote South-South exchange of experiences related to HIV / AIDS and offered her country as the hub.

The economist Jeffrey Sachs noted in his testimony that the BRICS have made great strides in investment in health in general and in relation to HIV / AIDS in particular, as well as the importance of health in the welfare and economic growth of countries. The economist said that emerging countries are actively trying to fulfill their responsibility in relation to AIDS and that the advances made in the BRICS countries is proof of that.

Sachs assured that one of the main issues is that the most disadvantaged countries are unable to meet the challenges posed by this disease by themselves. Referring to the call of the day before from Secretary of State Hillary Clinton to join forces and achieve an AIDS-Free Generation, the economist said the financial paralysis that is currently affecting the Global Fund is the greatest threat they face today to achieve this. Sachs said that despite the global economic crisis both the U.S. and Europe can and should contribute more money to the Global Fund. He said the problem is not the shortage of money, but the lack of capacity to collect taxes, since there is a lot of leakage to tax havens and countries are not doing enough to combat it.