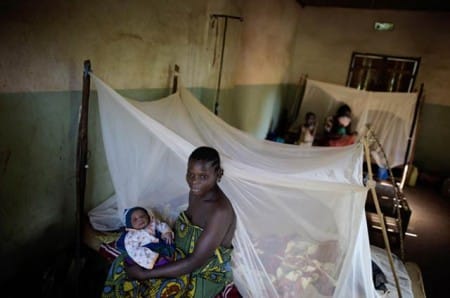 The World Health Report 2013, launched on August 15th by the WHO, has as a main line of investigation the current need to foster a larger amount of research in order to come closer to reaching universal health care. The Report presents 12 case studies in which the link between scientific advances and how these have benefited the advancement towards global health.

One of the case studies presented is about the use of Insecticide Treated Bed Nets (ITBs), and how this simple tool has helped reduce mortality among children. The information given is based on a survey carried out among 22 Sub-Saharan African countries.

The results achieved among the trials developed in areas in which malaria is endemic, the use of ITBs is clearly efficient to reduce the prevalence and the incidence of the parasite that causes malaria. According to the results, the use of ITBs can reduce the prevalence of malaria among children under five years of age by 13% and deaths because of this illness by 18%.

ITBs not only protect the people which sleep under them, but also kill mosquitoes, therefore reducing the transmission of the disease in the community. For this same reason, in the year 2005 the Health Assembly fixed the goal of distributing ITBs to 80% of the people in risk of acquiring malaria.

The Global Fund to Fight AIDS, Tuberculosis and Malaria has focused its fight against malaria in the distribution of ITBs, as an effective tool against the disease. Since its foundation, the Global Fund has distributed more than 310 million ITBs, therefore preventing millions of people from obtaining malaria.

One of the key aspects highlighted by the WHO is that while economic resources for health are weakening worldwide, the data presented should be able to give donor countries a sense of security because the investment in malaria carried out has been highly effective.

The World Malaria Report 2012, published by the WHO, informed that around $5,1 billion USD were necessary annually to achieve access to universal intervention against malaria, although less than half this amount is currently available, approximately U$2,3 billion.

The daily use of ITBs deteriorates their efficiency and therefore they have to be substituted after approximately five years. International finance is crucial to be able to carry out this process of bed nets replacement. Moreover, the positive outcomes which studies have reflected highlight the need to continue supporting efforts which try to enlarge and maintain the usage of ITBs.

Over 90% of deaths due to malaria take place in Africa.

60% of international funding to fight malaria comes from the Global Fund. Honduras is one of the countries that benefit from these funds, as we shared with you in this post.

The price of an insecticide treated bed net has decreased to less than $3 USD, according to UNICEF.