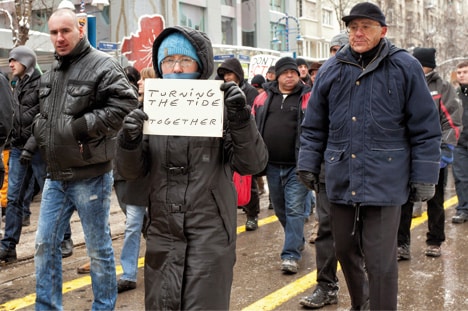 Turning the tide together

The theme chosen for the XIX International AIDS Conference is “Turning the Tide Together,” a slogan that perfectly reflects the crucial moment that we are living due to the progress made in relation to HIV / AIDS. We are at a turning point and we cannot miss this opportunity that will shape the future of the epidemic throughout the world.

It is estimated that in 2011 there were 34.2 million people infected with the virus worldwide, the highest number in history due to the prolongation of life with antiretroviral treatment. In 2011, eight million people were on antiretroviral treatment, 20% more than those on treatment in 2010. Despite this progress, some 14.8 million people are still in need of such treatment. Of those who are on treatment, about 5 million live in sub-Saharan Africa, a breakthrough if we take into account that barely ten years ago only 50,000 people had access to it in that region.

The decrease in the price of antiretroviral drugs, with the introduction of generics, is one of the reasons why AIDS treatment has been able to spread to more people. There are countries such as Botswana, Rwanda and Namibia, where 80% of patients are receiving treatment. Ten years ago, the treatment could cost 10.000USD per person a year, now it is around 100USD. But second and third generation drugs still are at a very high cost.

While progress has been enormous, there are still shortcomings. In countries where the disease prevalence is higher, AIDS remains the leading cause of death among women of childbearing age and is responsible for more than 50% of deaths among children under 5 years old. Despite this data, the overall picture is very encouraging. Since 2001, the annual incidence of the virus fell in 33 countries (22 of them are in sub-Saharan Africa), more than eight million people are receiving treatment and mother – child transmission has decreased dramatically. In 2011 approximately 330,000 children were infected with HIV / AIDS – 24% less than two years ago.

Today there are three objectives that the international community has set for 2015:

– Expand the treatment to 15 million people.

The challenge we face today is to work together to change the course of the disease. The only way to achieve our common goal: a generation with zero infections and zero deaths from AIDS.