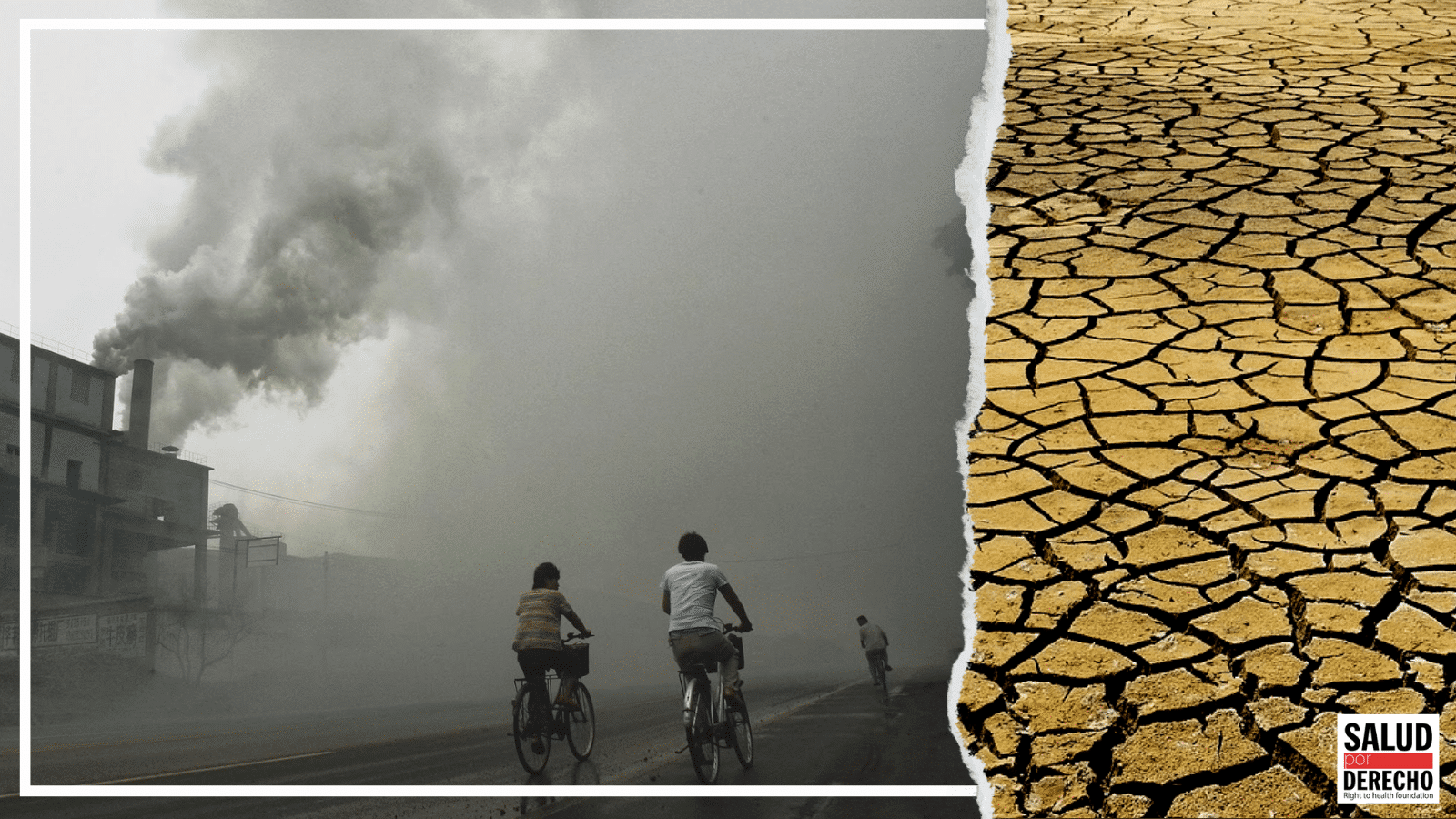 We cannot wait any longer: health must be at the core of the response to the climate crisis

Over 70 world leaders will come together in Egypt this week for the 27th COP (COP27), the United Nations summit on climate change. Alongside representatives from research institutes, the private sector, civil society and other actors, COP27, which will be held from 6 to 17 November, will work to boost commitments to reduce emissions, take stock of the Paris Agreements and finance the ecological transition while reducing the use of fossil fuels.

The health of millions of people is at risk, as stated by Tedros Adhanom, WHO Director‑General, in the runup to the summit. In his statement, he warned of how climate change was making millions of people sick or more vulnerable to disease and increasing the destructiveness of extreme weather events that affect poor and marginalised communities all over the world. “It is crucial that leaders and decision makers come together at COP27 to put health at the heart of the negotiations.”

The Lancet Countdown’s data on health and climate change

A few days ago, The Lancet published its annual report, the fruit of 99 experts from 51 institutions working in health and climate change. It firmly established that the persistent overdependence on fossil fuels was putting the health of current and future generations at risk.

Exposure to extreme heat has a direct effect on health, worsening underlying conditions such as cardiovascular and respiratory diseases, causing heatstroke and problems in pregnancy, sleep and mental health. Heat-related deaths increased by 68% between the period 2000-2004 and 2017-2021.

But the consequences of global warming go much further. Climate change is also affecting all pillars of food security. Not only do increasing temperatures and extreme weather events directly cause deaths, they also threaten crop yields and shorten growth seasons, by 9.3 days for corn and 6 days for winter and spring wheat, for example. And that’s not all. 29% more global land area was affected by extreme drought per year in 2012–2021 than in 1951–1960, putting more people at risk of food and water insecurity.

The consequences are extremely serious. In fact, compared with 1981–2010, extreme temperatures were associated with 98 million more people reporting moderate to severe food insecurity in 2020.

In addition to the impact on crop yield, climate change is increasing the transmission of infectious diseases. The season for malaria transmission, which kills almost 1 million people per year and is the third cause of infant mortality in the world, lengthened by 32.1% in mountainous areas in the Americas and 14.9% in Africa in 2012-2021, compared with 1951‑1960.

In recent years, the increase in infectious diseases, combined with COVID-19, has resulted in misdiagnoses, pressure on health systems and difficulties managing simultaneous outbreaks of diseases.

Despite the findings on the use of fossil fuels, the use of coal in the global energy system (the biggest contributor of global greenhouse gas emissions in the sector) has decreased by less than 1% since 1992. At this pace, total decarbonisation of the energy system will take 150 years, far from the requirements of the Paris Agreement. However, reducing the emissions of short-lived climate pollutants by applying higher standards for vehicle emissions, for example, could save approximately 2.4 million lives per year, with an improvement in air quality and approximately 0.5ºC reduction in global warming by 2050.

The consequences of excessive use go on: there are increasingly more fires, floods and other weather events, resulting in victims and huge economic consequences. These caused $253,000 in damages in 2021 alone. They also lead to the migration of thousands of people affected by these different adverse events, adding to the social consequences of global warming. In 2020, over 82 million people were displaced due to conflict, violence, and multiple other human rights violations. However, with the multiple environmental and climate crises, these numbers continue to grow. We need to move away from the securitisation frameworks of migration policies to ensure rights are protected, including the right to health, throughout the process for persons who are forced to migrate.

The most vulnerable are the most affected

The WHO has requested for a Fossil Fuel Non-Proliferation Treaty to be created. According to the Organisation, climate change will cause approximately 250,000 additional deaths per year between 2030 and 2050 from malnutrition, malaria, diarrhoea and heat stress. As always, the areas with the weakest health systems (mainly developing countries) are those that suffer the most from the consequences of global warming and have the lowest response capacity to deal with these adverse events. On the other hand, these regions contribute the least to greenhouse gas emissions.

For example, Africa’s emissions represent only 2%-3% but it suffers, and will continue to suffer, disproportionately from the consequences. Another example, there are currently 31 million people in the greater Horn of Africa suffering from acute hunger and 11 million children suffering from acute malnutrition, while the region faces one of the worst droughts in the recent decades.

We cannot wait any longer for the response, the consequences will be irreversible

Salud por Derecho is asking the Spanish Government to make firm commitments on adaptation, mitigation and financial resources for COP27, as described below: