We organized the meeting ‘The fight against HIV and tuberculosis: progress and challenges’

Last week took place in Madrid the day ‘The fight against HIV and tuberculosis: progress and challenges’, organized by Salud por Derecho and Friends of the Global Fund Europe, which was offered through a panel of experts in different areas a global vision of the fight against these pandemics, including the current epidemiological context, the response of existing funding and the situation of the most affected populations.

The agenda of the event consisted of speakers from key international organizations such as UNITAID, Global TB CAUCUS, the Global Fund to fight AIDS, tuberculosis and malaria. In addition, we have the presence and interventions of representatives of the French Government with Jean-François Pactet (Ministry of Europe and Foreign Affairs of France) and the Spanish Government with Federico Buyolo (director of the Office of the High Commissioner for the 2030 Agenda) .

AIDS and tuberculosis continue to cause millions of deaths per year and new infections day after day. According to the main world health agencies, it is possible to reach the end of these pandemics in 2030 with the appropriate policies and funding, but the reality is that neither the resources nor the political commitment are being agreed, and the advances are very uneven and slow .

Therefore, during the day and through the presentations of the speakers, the gaps and challenges were analyzed to put an end to these two pandemics as public health problems, demonstrating the need for strong European leadership with governments committed to the fight against both diseases. a focus on human rights, support for key populations and civil society, and funding of agencies such as the Global Fund to Fight AIDS, Tuberculosis and Malaria, of which Spain, by the way, is not a donor since 2011

You can read our document ‘AIDS and TB, a global perspective’ prepared for the meeting. 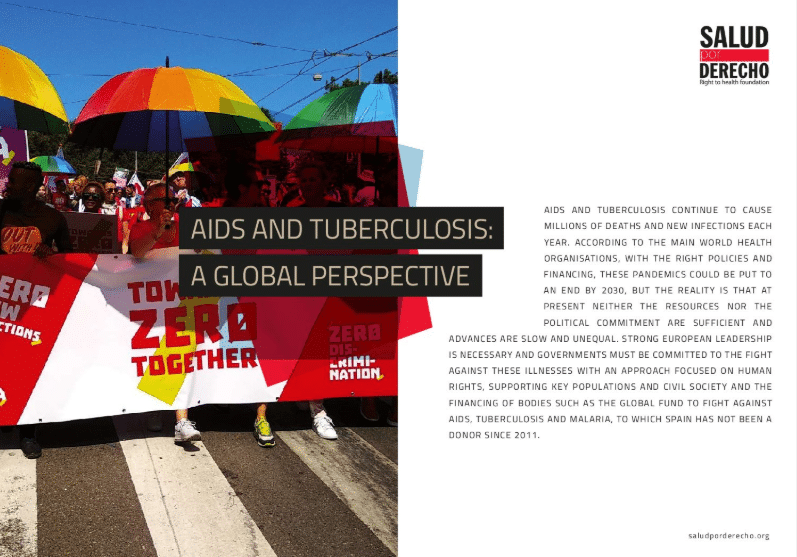