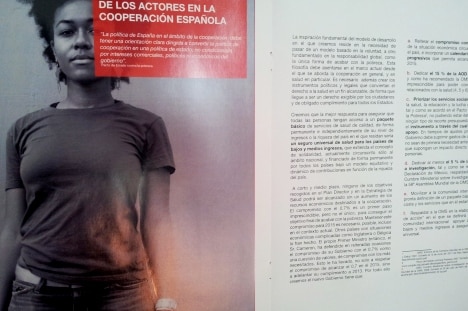 We developed a Roadmap for Spanish Development Policy in Health

The general elections held on the 20th of December and the forming of a new government has led Salud por Derecho to shape a Roadmap for Spanish Development Policy in Health for the 2011-2015 Legislature. This document includes policies and actions which the new government in addition to its financial contributions, should implement to make its development policy in global health effective.

The following is a summary of key areas in which the new Government should take action stressed in the Roadmap document: