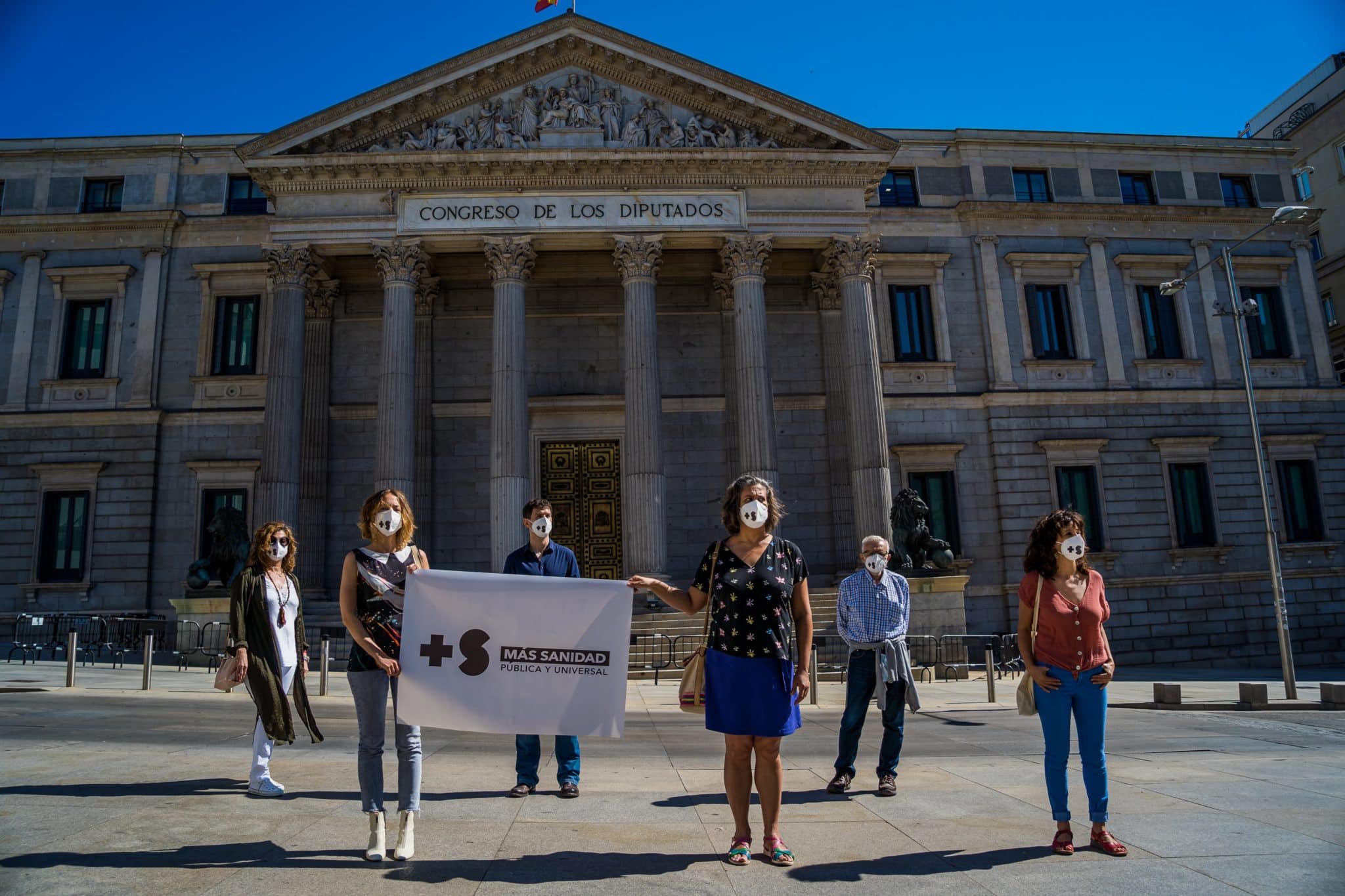 After all the applause, it’s time to strengthen the Spanish National Healthcare System

Coinciding with an appearance by the Spanish Minister of Health, Salvador Illa, before the Social and Economic Reconstruction Commission, some twenty social organizations and unions gathered at the doors of the Spanish Congress of Deputies to present the campaign #AfterTheApplause, which aims to maintain the spirit of all the applause offered from people’s balconies during confinement as a means of defending public, universal healthcare and acknowledging the praiseworthy efforts of our healthcare workers.

The campaign #AfterTheApplause calls for citizen mobilization to support our healthcare system beyond all the applause. It has also brought forth 12 key recommendations for our representatives in Parliament with the political and budgetary measures needed to strengthen the healthcare system and reinforce its capacity to overcome the challenges the COVID-19 pandemic has revealed. They include an increase in public expenditure for healthcare in an amount of 1,000 euros per person per year in order to bring it closer to the European average and increasing the number of available hospital beds by more than 50,000.

This organizational alliance aims to remind everyone that after all the applause, it’s now time to equip our public healthcare system with more resources in order to avoid the situations of collapse that have been seen in some of our autonomous regions which were by no means exclusively the exceptional result of the current health crisis. The constant cuts made in recent years to the Spanish healthcare system have substantially depleted its resources and, thus, weakened its resilience.

The campaign calls upon our political representatives not to forget that after all the applause, it’s time to recognize that Primary Care plays an essential role in public health and is the foundation of our healthcare system. The prevention required for early disease detection cannot exist without it.

After all the applause, it’s time to defend a stronger and universal public health system that offers free healthcare to the country’s entire population without any exceptions whatsoever. This campaign warns that the current crisis has demonstrated there’s an unavoidable link between individual and collective health. Denying anyone who lives in our territory the right to health protection irrespective of their administrative status is not only unfair, it can put the entire population’s health at risk.

”After The Applause” is also an invitation to understand that it’s time to realize healthcare is either for everyone or for no one because it’s an essential human right and, therefore, must not be subject to commodification. It’s absolutely necessary to remember that the response to the biggest health crisis this country has experienced in recent history came from our public healthcare system. The privatization models encouraged in the last decade are primarily guided by economic and profit criteria that have nothing to do with the main aim of any healthcare system which is no other than protecting people’s health.