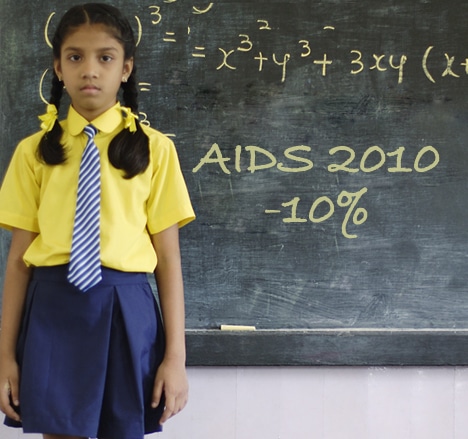 According to an annual funding analysis conducted by the Kaiser Family Foundation and the Joint United Nations Programme on HIV/AIDS (UNAIDS), in 2010, the total funding available for the global fight against AIDS, was US$ 6,900 million, 10% less than the previous year’s level.

Although during the last years financial resources had increased substantially, there had always been a gap of US$ 6,000 million per year, and donors had not even disbursed the US$ 8,700 million they have committed to.

As detailed in the report, 7 of 15 major donors in the global fight against AIDS reduced their contributions in 2010, including Spain. Cuts in development aid carried out by Spanish Government during last year heavily affected health as a whole, and HIV/AIDS in particular. Cuts implied a reduction of more than US$ 163,600 million, passing from a contribution of US$ 163,600 million in 2009, which represented 2,1% of total funds disbursed, to a contribution of US$ 100,900 million in 2010, representing only a 1,5% of the total.

Additionally, Spain has lost four positions in the donors ranking of the Global Fund to Fight AIDS, Tuberculosis and Malaria, passing of being the 4th largest donor in 2009, accounting 8% of the total disbursements, to be the 8th donor in 2010, contributing with 4% of the total.

According to a fair share model used by UNAIDS, despite Spain representing more than 2% of the world’s economy, it only contributes with 0.7% to the fight against AIDS. For Spain being contributing according to its wealth, as it has so often wished to do, it must multiply by three its current contribution.