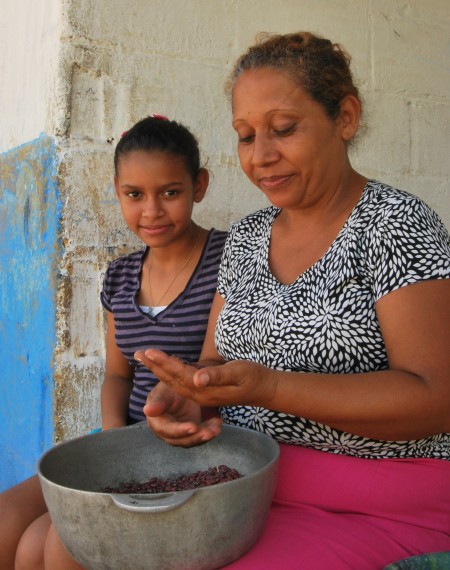 The Price of not doing anything

What would you say if we told you that we are about to waste 11 years of hard work and the investment of millions of dollars?

On the 12th of September, the Global Fund to Fight Against AIDS, TB and Malaria participated in the launch of the document: “The Cost of Inaction: A report on how inadequate investment in the Global Fund to Fight AIDS, Tuberculosis and Malaria will affect millions of lives”, carried out by International Civil Society Support, in close consultation with the Global Fund Secretariat and its technical partners. The report, and the data presented, is a key tool for civil society to try to explain to their governments the need to ensure a fully funded Global Fund.

It is not a coincidence that the report has been published at this moment, at the end of this year the IV Replenishment Conference will take place in the United States. During this meeting, donor States will have to pledge their economic commitment to the Fund for the next three years (2014 – 2016).

The data presented in the document is a very compelling. Sometimes it seems that we forget those years in which being diagnosed with HIV was a death sentence. Today, thanks to the efforts of organizations like the Global Fund and the states that fund it, millions of people that are diagnosed have the hope to continue living. Despite these improvements, millions of people still do not have access to antiretroviral treatments which allows this.

The report calls donors to guarantee at least 15 billion dollars for the next three years, and assures that for the first time in history we are reaching a tipping point in the fight against AIDS, TB and Malaria. The goal of defeating these three diseases is a reality. In addition to the moral duty, we also have an economic motivation, because a scale up in the investment would be very cost effective.

The study also describes the return on investment we have for every dollar spent on these diseases: each dollar invested in HIV/AIDS delivers a return of U$12, in TB it is U$30 and in malaria it is U$20.

The developments reached have an impact which would have been unthought-of only thirteen years ago at the turn of the millennium, when only 50,000 people were receiving ART. In 2011, this number increased to 7 million people. In relation to TB, 10 years ago the detection rate was only 43%, and the treatment success rate was only 67% among the 22 countries with the highest burden. By 2011, the detection rate rose to 66% and the treatment success rate to 87%. In malaria the improvements have also been remarkable. In the year 2000 only a 5% of Sub-Saharan Africa households owned an insecticide-treated net, by the year 2000 this amount had increased to 53%.

In addition to the developments which are evident in the report, the document also reflects the challenges we have to face. The information presented maintains that the Global Fund and its technical partners need 87 billion dollars in order to control the three diseases. This amount of money requires an extra boost form all partners and a shared responsibility among implementing countries and the international community.

Although the international responsibility of fighting against these three pandemics is a moral obligation, especially now that the possibility of succeeding is in our hands, there is also an economic motivation. At this moment, if the financial commitment were to flatten and we do no reach the needed amount of financing that has been estimated for the Global Fund, the number of new HIV/AIDS infections between 2014 – 2016 could reach 3,9 million people, whose treatment would add up to U$47 billion.

The situation is also of extreme urgency in TB, especially because the Global Fund represents 80% of external funding which is fighting against this disease. If the Global Fund’s financing were to remain constant during the next three years a million additional lives would be lost due to TB. Additionally, we have to take into account the growing concern related to multi-drug resistant tuberculosis. If the current situation is not managed adequately the situation in the future could develop into a growing number of multi-drug resistant TB, which would be a scenario much harder to bring under control and expensive to maintain – a regular TB treatment during six months can cost around U$30 per patient, while a multi-drug resistant TB treatment can be anywhere between U$2.000 and U$250.000.

The opportunity we have in hand to control malaria is also explained. If we would keep the current financial situation we would be missing the opportunity of saving 196,000 lives a year and of preventing more than 430,000 new cases. Keeping current numbers would also mean a loss of U$20 billion GDP in Sub-Saharan Africa.

The data presented in the report is very clear and allows us to foresee the current options we have at hand. To stop incrementing the funding would be more expensive than keeping the current investment and therefore we cannot allow this historic opportunity to be missed: to save millions of lives and a major economic investment in the future.

With this information we hope that the Global Fund is able to transmit the current needs to donor countries in the IV Replenishment Conference, which will take place in December in the United States.