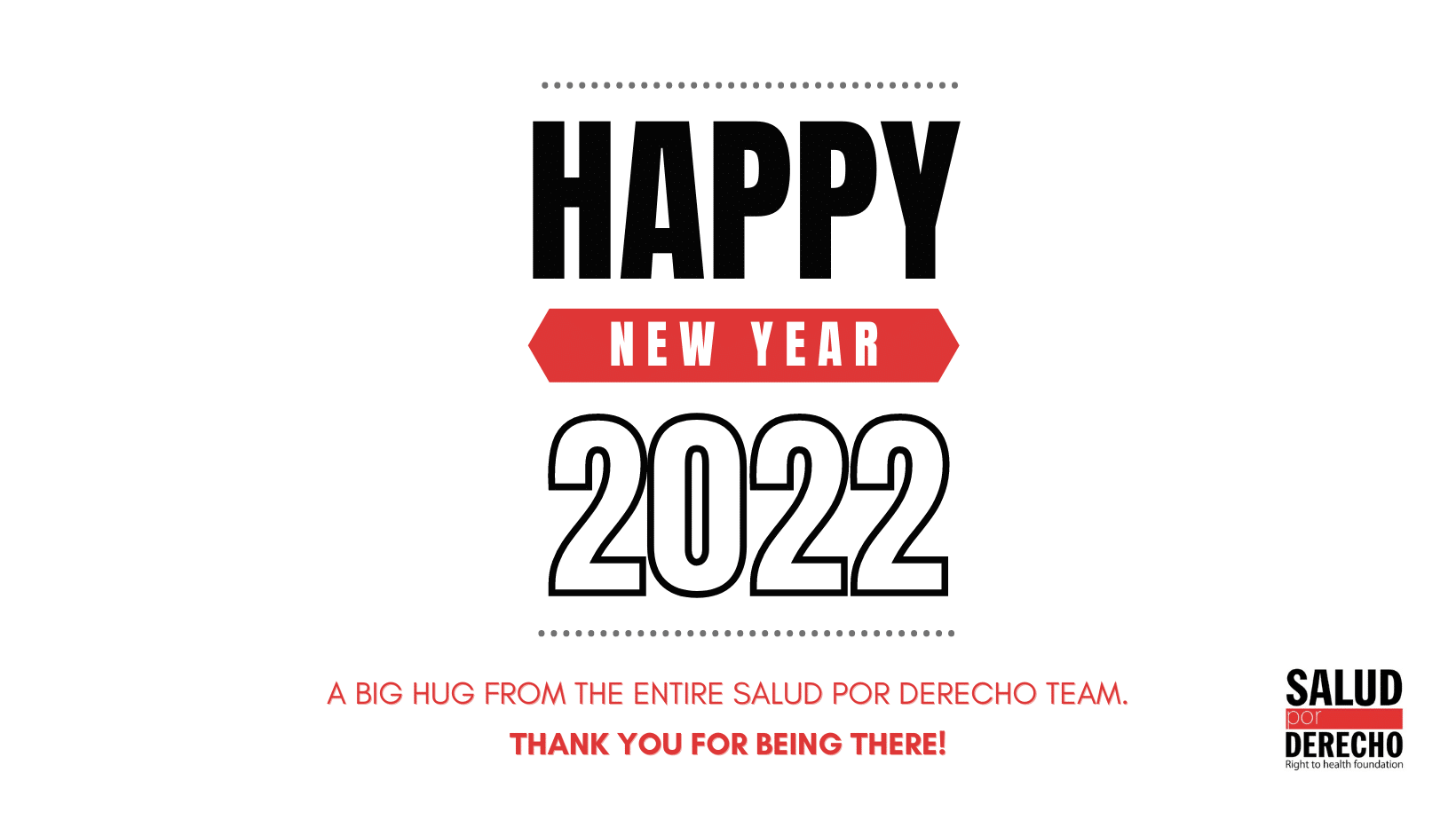 2021, the year that define the path forward

Unfortunately, 2021 has once again been affected by Covid-19. Since the beginning of the year, we have been working to ask the Spanish government to support the exemption for vaccine patents and other pandemic technologies, as well as other measures related to access to public health and in its interests.

The public outcry to suspend patents continued to grow throughout the year, especially when the European Parliament and the United States were supporting the initiative. However, the European Commission has continued to block it to today’s date, despite the growing pressure exerted by all of us in civil society.

There have been many extremely varied actions taken throughout the year that – along with organisations round the world in an unprecedented international movement – we have carried out. The People’s Vaccine alliance, which we are part of, is a good example of this.

In May, we at It’s Not Healthy (No Es Sano) published a report revealing the enormous public investment made in vaccines and how this investment and knowledge have been placed in the hands of private industry, with no conditions and without assuring universal access or fair prices for all countries.

And at It’s Not Healthy we have also continued working on access to medicines with a national focus. For example, in October we asked the government to not leave the new and successful cancer treatments developed in hospitals in the hands of the pharmaceutical companies. And a few weeks ago, we reported on how the high cost of new drugs had increased hospital pharmaceutical spending by 53% in the last seven years in a new report.

In April, along with over 40 national organisations, we asked the Minister of Health to exclude all migrants with irregular statuses from practice in the vaccine campaigns. And, in July, on the eve of the third anniversary since the approval of the 2018 Royal Legislative Decree, we gathered in a protest before the Ministry of Health to ask the government to finish the healthcare exclusion ‘for once and for all for everyone’.

The fight against AIDS and other pandemics has inevitably come under the spotlight of Covid-19. In May, we organised an event jointly with Anesvad, to speak of the impact of coronavirus on other health problems in Sub-Saharan Africa. And, in July, after the High-Level Meeting on HIV/AIDS, we published interviews with Ramon Espacio, CESIDA president, and with Florence Riako, director of GNP+ programmes, to find out what happened there and analyse the situation of the HIV pandemic both nationally and globally.

According to the Global Fund to Fight AIDS, Tuberculosis and Malaria, Covid-19 is causing enormous ravages in HIV prevention and diagnosis, as we reported on World AIDS Day, only a few weeks ago, in our latest campaign: VIHdas Olvidadas (Forgotten HIV Lives).

Despite the setbacks, there has also been good news. Only weeks ago, we saw how Spain announced that it would share its Covid-19 diagnostic test technology via C-TAP so that it would reach all countries, especially the least developed. It is the first country in the world to do so. One milestone that merits separate mention and that we wanted to talk about at this event that we organised several days ago with representatives from the Spanish National Research Council (CSIC), the government, WHO and the Medicines Patent Pool.

These are just a few of the many actions we have carried out this year to defend the right to health for all. We cannot envision a world or a society in which health is not considered a global public asset, and in which all people, no matter where they live, have access to the medicines or services they need to stay alive.

It has been a complicated year, but also a year in which we are noticing a change in many actors and in society and in which – as shown by the CSIC news – we have verified that there are other better and fairer ways of doing things.

Merry Christmas and Happy New Year 2022. Thank you very much for being there. We wish you all the best and, above all, excellent health. We will keep working on it from here. 😊